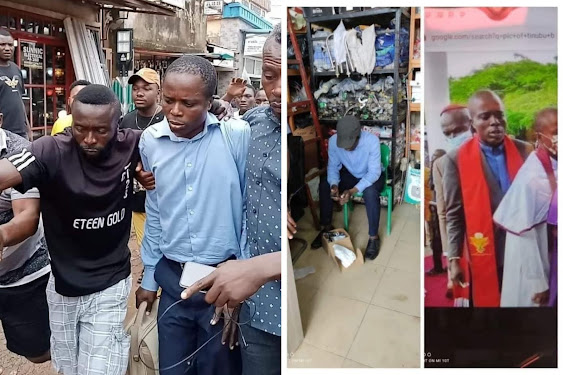 The Presidential candidate of the African Action Congress (AAC) Omoyele Sowore has also criticized the supporters of Peter Obi over their campaign strategy.

Peter Obi is the Presidential candidate of the Labour Party in the 2023 general election.

The supporters of the LP presidential candidate who are majorly youths and also enjoying social media support have been warned severely over the type of their campaign strategy deployed.

Meanwhile, Sowore in a statement on Sunday said the Obi’s supporters have demonstrated the most amount of intolerance and harassment of his opponents.

He said this while reacting to pictures of a man referred to as a “fake Bishop” who allegedly appeared at the event when Ahmed Tinubu, All Progressives Congress presidential candidate unveiled his running mate, Kashim Shettima.

The alleged ‘fake bishop’ was apprehended in a market in Dei Dei neighbourhood of Abuja.

The presidential candidate described the incident as “barbaric, unacceptable and criminal.”

“I was particularly shocked that some highly respected persons on Facebook/WhatsApp/@Twitter & elsewhere celebrated this mob action against this particular Nigerian.

“Since the advent of this election cycle we’ve seen and observed a heightened level of harassment of citizens via death threats, arson threats, verbal and now physical abuse against those who happen not to support @PeterObi’s candidacy,” he said.

Sighting examples of prominent individuals who were harassed by Obi’s campaigners, Sowore said Femi Kuti’s African Shrine in Lagos was at the receiving end of arsonists over his refusal to support Obi for President and that a Catholic Church pastored by Rev Fr. Ejike Mbaka known as Adoration Ministry was a victim of the mob action.

“We’ve seen supporters brandishing guns and threatening people who might not support Obi’s candidacy. A former media assistant to former President Goodluck Jonathan, @RenoOmokri complained consistently that the life of his one-year-old daughter was repeatedly threatened.

“Obi’s supporters are not alone in this unconscionable act, a disabled Obi supporter was reportedly beaten for displaying his paraphernalia. However, Obi’s campaigners have demonstrated the most amount of intolerance and harassment of his opponents,” he said.

Sowore, however, asked Nigerians to stand by their rights to choose their leaders without pandering to fear, harassment and threats by anyone, stressing that no set of persons or groups should be allowed to ride roughshod on anyone.