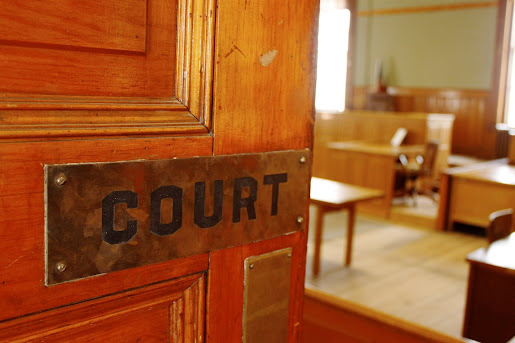 A Makurdi Magistrates’ Court on Tuesday ordered that three men be remanded in a correctional centre for alleged possession of offensive weapons.

The police charged Iordye Terhide, Emmanuel Kuhwa and Ikyor Titus with acts of terrorism and being in possession of offensive weapons.

Magistrate Vincent Kor did not take the plea of the suspects for want in jurisdiction.

Kor ordered that they should be remanded in the Makurdi Correctional Centre pending legal advice from the office of the Director of Public Prosecutions (DPP) for legal advice.

He adjourned the case until Sept. 13 for further mention.

Earlier, the Prosecution Counsel, Insp Ato Godwin told the court that the suspects were arrested by a troop of ”Operation Zenda” led by Insp Ukooli Shimave while on a stop-and-search at Durah Bridge on the Gboko Ugbema road Buruku Local Government Area of Benue on July 3, 2022.

Godwin said that a cache of 180 rounds of 7.62 x 39mm live ammunition of AK 47 rifle wrapped in packets were recovered from Terhide who is a member of a syndicate of illicit arms and ammunition dealers.

During a police investigation, he said Kuhwa and Titus were arrested and 120 rounds of ammunition were recovered from them.

He said they confessed that the ammunition was set to be supplied to some notorious gang in Benue and environs.

Godwin said investigations into the matter were still ongoing and prayed the court for an adjournment.

The offence, he said, contravenes the provisions of Section 6(b) of the armed robbery and firearms special provisions Act 2004, Section 4(2) of the abduction, hostage taking, kidnapping prohibition law of Benue State 2017.