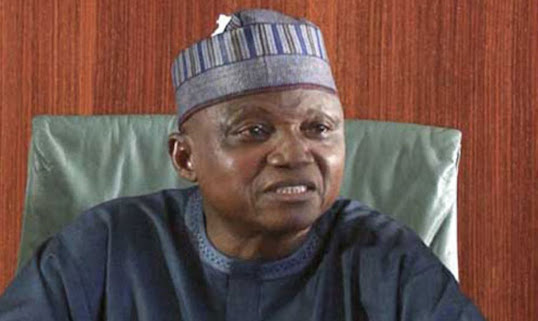 The Senior Special Assistant to President Muhammadu Buhari on Media and Publicity, Mallam Garba Shehu, on Friday, said anyone who says the government is not doing anything about the release of the captured Kaduna-Abuja train victims, might be unaware of efforts the government is making.

Saga Gist recalls that after the attack on Kaduna-Abuja train on March 15, 2022, bandits had demanded for the release of their comrades in various detention centres across the country before freeing the victims.

But, while speaking on Friday, during an interview with BBC Hausa service, Shehu noted that the government has done all that the bandits leader and his foot soldiers demanded, for them to release all the victims, but still hold on to them.

According to him, the terrorists’ leader demanded the release of his wife, newly-born twins and seven other children who were in prison custody, noting that the government complied with the demand so the abducted victims could be released.

He said initially, the gang leader demanded the release of his pregnant wife who was in jail. The government took her to a hospital where she gave birth to twins and informed him that his wife and the twins are in good health and later all three were freed.

According to him, the bandits’ leader refused to free the victims, but he gave a fresh demand of releasing 6 or 7 of his children from prison, adding that not only did the government release them from jail, but, sent a plane to fly them from Adamawa, where they were detained, and delivered them to the terrorists.

He said after all the sacrifices, the bandits’ leader refused to release the victims, instead, they asked for money, so you can not say the government is doing nothing.