Tinubu: No law stops me from serving as APC presidential campaign spokesman – Keyamo 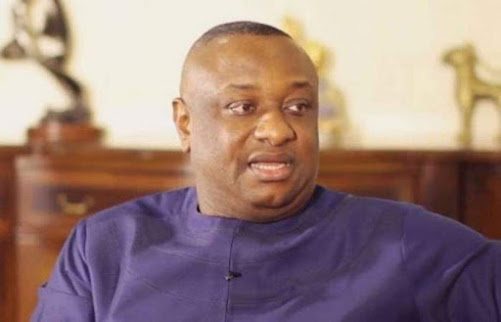 The Minister of State for Labour and Employment, Festus Keyamo, has said no law prevents him from serving as the campaign spokesman of the All Progressives Congress, APC, presidential campaign.

Keyamo said he did not violate any law by accepting to be APC’s presidential campaign spokesman.

The Transition Monitoring Group (TMG), had asked Keyamo to resign his ministerial position, following his appointment as the APC presidential campaign spokesman.

However, Keyamo faulted the call by the organization, stressing that the group was sponsored by opposition parties.

In a statement he signed, the minister said: “What does the law say? Section 84 of the Electoral Act clearly states that political appointees are to resign if they are to contest for any party position or any public office.

“No mention was made of ad hoc appointments for party activities. So, strictly speaking, no law is being violated here.

“Therefore, the so-called position of these people is untenable, ill-informed, and consequently rejected. They are jittery about the stout defence of our party and government we are putting up and the unblemished projection of Asiwaju Bola Ahmed Tinubu (our candidate) that we are making.

“Without meaning to demean them, these are people fully aligned to opposition parties but disguising as CSOs.”