Transfer: Almeria Chief confirms Sadiq will leave for another club 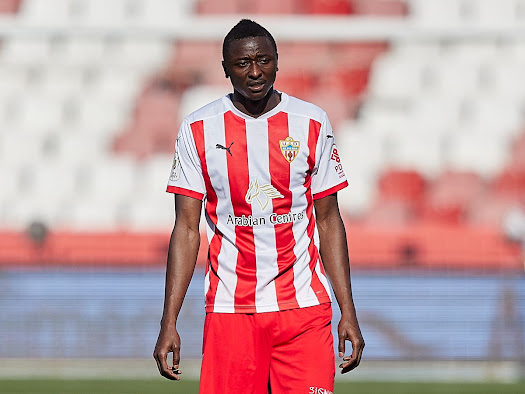 Villarreal and Getafe have reportedly tabled a £20m offer for the forward.

The Rojiblancos, however, value their Nigerian import around £30m.

Aside from the two clubs, Bundesliga giants, Borussia Dortmund as well as Laliga rivals, Sevilla and Valencia are said to be interested in Sadiq.

El Essy confirmed that Sadiq’s sale is imminent even though he failed to confirm his next destination.

“Umar Sadiq has not travelled to England to avoid any type of injury that could stop the transfer that is close at the moment, ” El Essy was quoted by Mundo Deportivo.

“He will be sold for just under 30 million euros. We have more than 12-13 players who have received offers, they are players who have a name in the market and are expected to have a great future.”

He has scored 41 goals in 81 appearances for Almeria.