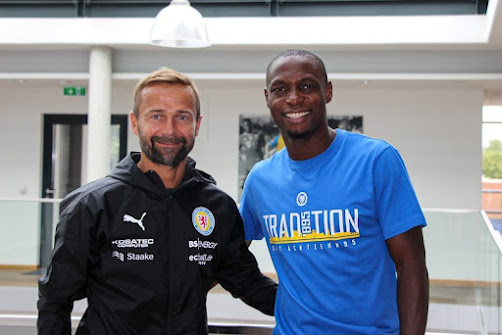 Former Super Eagles forward, Anthony Ujah has joined Bundesliga 2 club, Eintracht Braunschweig on a one-year contract with an option of another season.

Ujah was released by Union Berlin in June following the expiration of his contract.

The experienced striker once had stint in the Bundesliga, with FSV Mainz, FC Cologne and SV Werder Bremen.

He scored 30 goals in 136 appearances in the Bundesliga.

“I am very happy to be part of Eintracht . I know the 2nd Bundesliga and will try to help the team with my experience,” Ujah told the club’s official website.

“I was rooting for the cup game at the airport in Nigeria on Sunday and I was really happy for the team. At the end of the day we want to celebrate relegation together, and I will invest everything in that.”