Transfer: I wish him all the best – Ajax’s Bergwijn speaks on Antony joining Man Utd 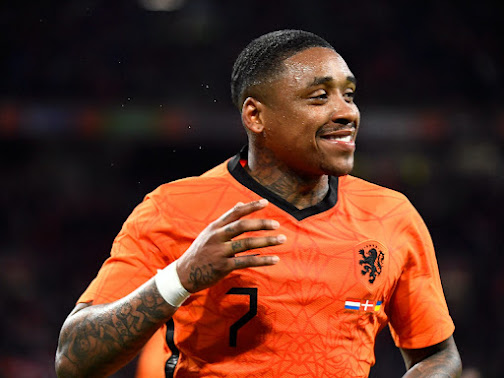 Ajax forward, Steven Bergwijn has wished teammate, Antony all the best should he eventually leave the club amid interest from Manchester United.

Antony has been heavily linked with a move to Manchester United this summer.

The Brazilian was left out of Ajax’s Eredivisie squad that defeated Sparta Rotterdam 1-0 on Sunday, where Bergwijn scored the only goal.

Speaking after the match, Bergwijn also hinted that Antony is dreaming of a move to Man United to reunite with his former manager, Erik ten Hag.

Bergwijn said at his post-match press conference: “Antony? Everyone has dreams. If it happens, then I wish him all the best.

“I would find it sad if he leaves, but like I said, everyone has dreams.”

When asked whether he has spoken to Antony about the Premier League, Bergwijn, a former Tottenham Hotspur star, joked: “No, he doesn’t really speak English, so it’s hard.”