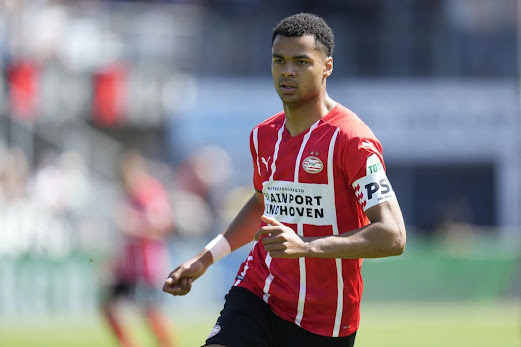 Manchester United are preparing to turn their attention to the signing of Cody Gakpo, according to Jason Burt of The Telegraph.

The PSV forward is attracting plenty of attention this summer after scoring 21 goals and getting 14 assists for the Dutch giants last term.

With a move for Casemiro from Real Madrid all sorted, Erik ten Hag will now focus on a move for the prolific forward.

In a similar development in the transfer market, Everton are set to sign Mohammed Kudus from Ajax, according to The Times.

The 22-year-old attacking midfielder looks set to move to Goodison Park on a loan deal with a view to making it permanent at the end of the season.

The number 10 has made 45 appearances for the Dutch side, but has struggled to hold down a regular spot in Ajax’s starting XI.