Transfer: No club will sign you for £30m – Foster tells Man United star 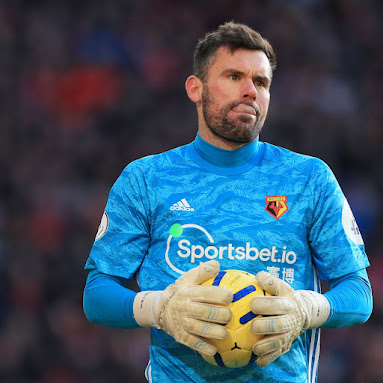 Formet Manchester United goalkeeper, Ben Foster has told Harry Maguire that no club would spend £30 million to sign him.

Maguire’s place in Erik ten Hag’s team is now under a serious threat after the England international was dropped in their 2-1 victory against Liverpool on Monday.

Foster was responding to former Tottenham star, Darren Bent, who believes that at least 12 Premier League clubs would be interested in signing Harry Maguire if Manchester United put him up for sale.

The centre-back is going through a difficult run of form and it has led to whispers that Maguire could leave the club and Bent believes he would have no shortage of admirers.

Darren Bent said on talkSPORT, “If he [Maguire] was available for £30m, at least 12 Premier League clubs would be in for him.”

And in response, Foster said “Chelsea would. I don’t think anyone would pay £30m for him.”

Chelsea are said to be interested in the former Leicester City centre-back but have not made any official offer for him yet.