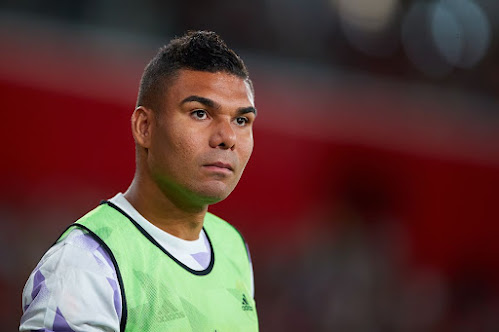 Real Madrid are waiting for Casemiro to decide on joining Manchester United, but have already lined up Newcastle’s Bruno Guimaraes as his potential replacement.

Casemiro is said to be tempted by United’s offer that came in this week.

It’s understood the prospect of signing a five-year contract at 30, that will see him double his wages, is appealing to him.

However, the Brazilian will forgo playing in the Champions League, having spent his entire European career with Real Madrid apart from a brief loan spell at FC Porto.

Casemiro has a contract until 2025 with Los Blancos and that is likely to be his last at the club.

Real Madrid is known to offer players above 30 year-on-year renewals.

Despite having signed 22-year-old Aurelien Tchouameni in the summer the club, according to Diario AS, have made Guimaraes their No 1 option.