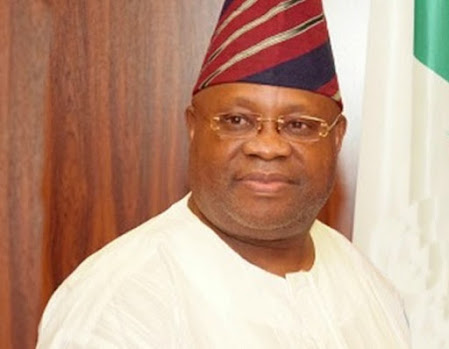 The All Progressives Congress (APC) in Osun State has warned governor-elect, Senator Ademola Adeleke to exercise caution in order not to talk himself into avoidable trouble.

The APC said Adeleke had been speaking uncontrollably since he was declared the winner of the July 16, 2022, governorship election in Osun State by the Independent National Electoral Commission (INEC).

It would be recalled that Adeleke spoke boastfully in Ijebu-Jesa few days ago while formally welcoming into the PDP, the former State commissioner for Finance, under Rauf Aregbesola’s administration, Dr Wale Bolorunduro.

On the occasion, Adeleke reportedly said that the APC and Oyetola’s petition against his victory, his party and the INEC was dead on delivery, adding that there was nothing substantial in the petition.

Reacting to the Adeleke’s outburst, the State APC chairman, Prince Gboyega Famodun, in a statement issued by his Media Adviser, Kola Olabisi, cautioned Adeleke to stop forthwith insulting the sensibilities of the judiciary as it’s improper to comment on any issue that is before the court in order not to be prejudicial.

The Osun State APC chairman hinted that there was no need for Adeleke to be grandstanding and trying to be clever by half.

He said there was no reason under the sun for the PDP governorship candidate to be avoiding the service of the court process if actually there is nothing in the Oyetola petition.

Famodun advised Adeleke to sit up and stop acting like a meddlesome interloper to the cause of justice.

He reminded Adeleke that the court is not a rendezvous for the display of emotion and sentiment but verifiable facts.