U-20 WWC: Falconets floor Canada, to meet Netherlands in quarter-finals 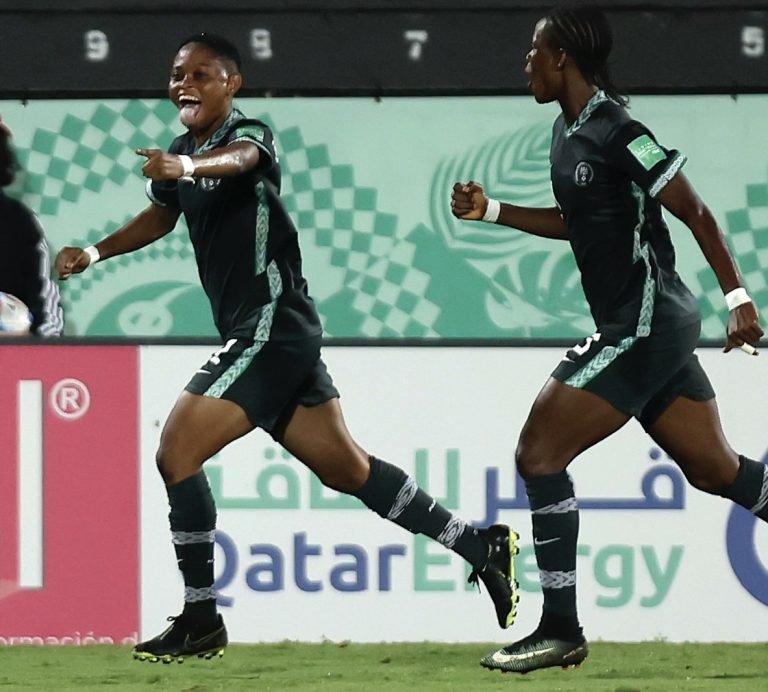 Nigeria’s Falconets maintained their unbeaten run at the 2022 FIFA U-20 Women’s World Cup after beating Canada 3-1 in their final group game on Thursday morning.

After keeping a clean sheet in their opening two games of the competition, the Falconets conceded for the first time.

The Canadians took the lead on four minutes through Kaila Novak.

Nigeria took control of the game afterwards with Esther Onyenezide netting the equaliser from the spot in the 24th minute after a Canadian player stopped a goal bound shot with her hand.

The midfielder has now scored three goals in three outings for Nigeria in the competition.

Idoko made the scoreline 3-1 in favour of the Falconets with a close range shot deep into first half stoppage time.

In the group’s other game, France defeated Korea Republic 1-0 to finish second behind Nigeria.

The Falconets will take on Group D runners-up, Netherlands in the quarter-finals on Sunday.