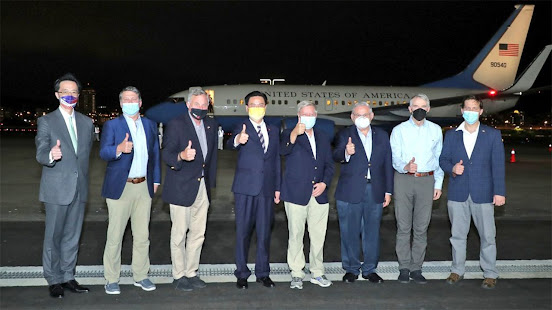 Their trip to the island nation is in spite of China’s warning against visits by foreign government officials described as “external forces”.

The five-member delegation arrived on Sunday, less than two weeks after the visit of U.S. House of Representatives Speaker Nancy Pelosi.

“I’m travelling to Taiwan with a bipartisan congressional delegation to reaffirm U.S. support for Taiwan and encourage stability and peace across the Taiwan Strait”, Markey tweeted.

The lawmakers first entered the presidential office in Taipei and later walked into the neighbouring parliamentary building.

Lo Chih-cheng of the ruling Democratic Progressive Party (DPP) disclosed that the future Taiwan-U.S. military cooperation and other issues were discussed.

China condemns the presence of the American delegation in Taiwan which has had an independent government since 1949.