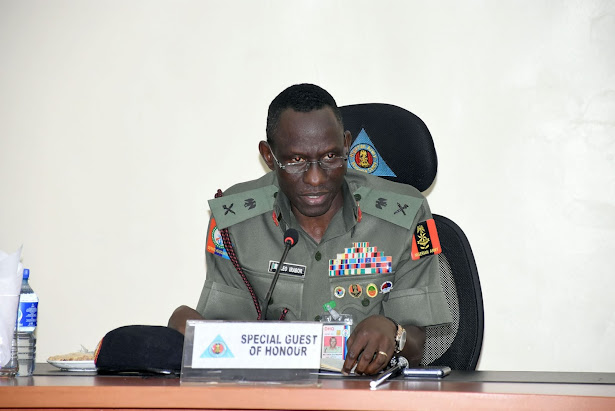 The Chief of Defence Staff, Lucky Irabor, has said the military has killed many bandits’ leaders amid the recent Abuja-Kaduna train attack in the country.

Irabor stated this on Tuesday during a meeting with editors and media executives in Abuja.

Speaking on the recent train attack, Irabor said although some victims had been released, the military and other security agencies remained committed to ensuring the safe rescue of the remaining victims in captivity.

He said the military had intensified both air and ground operations to deal with criminals in all parts of the country, adding that several successes had been recorded in recent times.

The CDS said that based on military air operations, the military, on Aug. 6, killed one Alhaji Abdulkareen, a bandits’ leader, along with his fighters in Nigeria’s North West.

“By the deeds of the surgical air operations that we have conducted, many of the bandits’ leaders have been killed,” Irabo added.

Irabo said the essence of the parley was to solicit understanding and support from the media in the fight against the security challenges bedevilling the nation.

He, however, called for greater cooperation between the military and the media to find solutions to the security challenges and disallow enemies from stoking fears in the minds of the public.

The army chief also urged Nigerians and political leaders to understand the distinction between military operations and politics, adding that the military remained undaunted in ensuring a safe and secure nation.