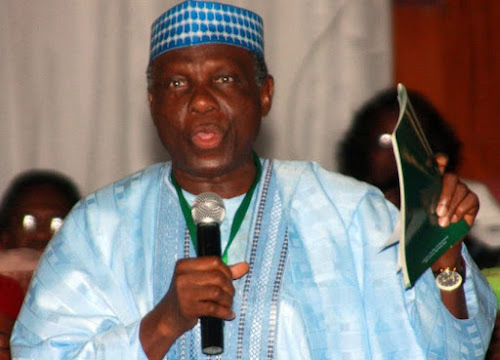 Professor Jerry Gana has said the Rivers Governor Nyesom Wike will one day become the President of Nigeria.

The Peoples Democratic Party (PDP) chieftain advised Wike not to work against the platform in protest of the outcome of the presidential primary.

The former Information Minster gave the counsel on Friday during the flag-off of a flyover in Obio/Akpor.

He added that the governor’s projects have shown that good governance is possible through good leadership.

“I am not a prophet but you have a bright future. If some people have disappointed you this time around, don’t worry, your future is bright.

“Age is on your side. You will preside over Nigeria someday”, the politician said.

Gana urged the people to vote for PDP Rivers candidate Siminialayi Fubara, “so that the good things he (Wike) is doing can be continued”.

The ex-minister appealed to them not to “make the mistake of throwing away” their votes to another party in 2023.

In May, Wike lost the PDP presidential ticket to Atiku Abubakar after Sokoto Governor Aminu Tambuwal stepped down for the former vice president.