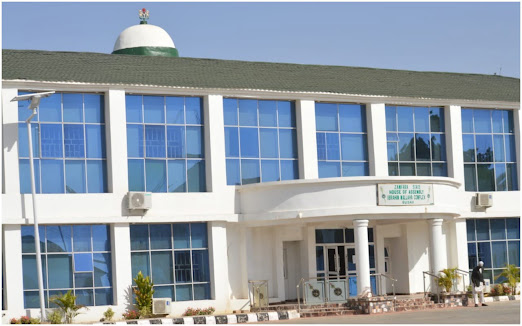 Zamfara State House of Assembly has passed a Bill for a Law to Provide for the Protection of Children in the State and for Other Matters Related thereto.

The bill was passed after it scaled the 3rd reading at the 31st plenary of the 4th session of the State 6th Assembly.

This was contained in a statement signed and issued to newsmen in Gusau, the state capital by the Director-General, Press Affairs of the House, Comrade Nasiru Biyabikki.

According to the statement, presenting the report before the House, the Chairman Joint Committee of Women, Children Affairs and Judiciary, Hon. Kabir Magaji Kwatarkwashi, appealed to his colleagues to accept the report, deliberate and consider to read the Bill for the 3rd time and pass it to law.

Hon. Kabir Kwatarkwashi further said that considering the nature and importance of the bill as well as the peculiarity of the state, the Joint Committee was able to engage islamic scholars, traditional leaders, partners, civil society organisations and other relevant stakeholders through different fora in order to seek professional advice and input as directed by the leadership of the House.

In his address while reading recommendations of the Committee, the Speaker, Rt. Hon. Nasir Mu’azu Magarya commended the committee members for engaging relevant stakeholders throughout the process.

“This wide engagement remains a force to reckon with if we really want to have people oriented laws for the betterment of our state,” he added.

Hon. Magarya after seeking the general consent of the members, directed the Clerk of the House to read the Bill for the 3rd time which proved now a Bill for a law to provide for the Protection of Children in the State has been passed into Law and will soon be sent to the State Executive Governor for his assent.

The Speaker further said, “as representatives of the people responsible for making Laws for the good governance of the State, we have to recognize and appreciate the efforts of all the stakeholders for taking the pains until this Bill is passed into Law”

“UNICEF and Save the Children International, women group through the office of the First Lady, Hajiya Aisha Bello Mohammed Matawalle has immensely contributed to what we have achieved today”

In another development, the House Committee on Public Accounts has presented an Interim Report on the issues surrounding the low performance in the Internally Generated Revenue, IGR, of the State raised on 4th August, 2022 in subsidiary motion during the House sitting.

Presenting the report, the Chairman House Committee on Public Accounts and Deputy Speaker, Hon. Musa Bawa Musa Yankuzo said as mandated by the House, the committee carried out the task and invited the officers concerned so as to provide required information with regard to the issues in question.

“As part of the Committee’s recommendations, the House has directed the Secretary to the State Government to recall the Special Adviser and Director General, Zamfara Urban and Regional Planning Board, ZUREPB, back to his office pending the completion of the Committee’s investigation.

The recommendations further had stated that the Permanent Secretary, Ministry of Housing and Town Planning shall constitute an Interim Management Committee to be headed by a Civil Servant not below Grade Level 15.

“Preferably a Professional Town Planner to oversee the affairs of the Board while the Head of Service is to recall the Directors of Administration and Finance and redeploy others in that position to be part of the Interim Management Committee.

Commenting on the Committees’ recommendations, the Speaker, Rt. Hon. Nasiru Mu’azu Magarya commended the Committee for taking the herculean task and affirmed that, the recall of the affected officers was to allow for easy and successful investigation by the Committee.

He called on all the revenue generating agencies in the State to redouble their efforts as the House is determined to work in collaboration with all the agencies for efficient improvement of the state Internal Generation Revenue (IGR).

“The revenue generated must be in conformity with the remittance to the government account,” Magarya warned.