2023: I know why Tinubu was absent from signing of Peace Accord meeting – Dino Melaye 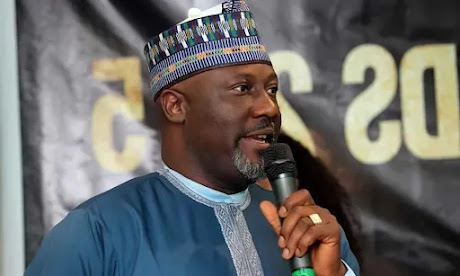 The spokesperson for Atiku Abubakar Presidential Campaign, Senator Dino Melaye, has claimed that the presidential candidate of the ruling All Progressives Congress, APC, Bola Tinubu’s absence from the Presidential Peace Accord signing ceremony on Thursday was on purpose.

Saga Gist had reported that while the Labour Party presidential candidate, Peter Obi, the Peoples Democratic Party, PDP candidate, Atiku Abubakar and other party candidates were physically present at the event which took place in Abuja, Tinubu was represented by his running mate, Kashim Shettima.

Amid speculations that the APC candidate may be battling some health crisis, reports emerged on Thursday that he is currently in London, United Kingdom.

Reacting to Tinubu’s absence, Dino in a video on his Facebook page, said he knows why the former Lagos governor was absent.

He however failed to state the reason the APC candidate was absent.

He said, “I noticed that Bola Ahmed Tinubu is the only presidential candidate who was absent at the signing of the National Peace Accord today. He was obviously the only one absent.

“I know why he was absent. Unfortunately, there was no provision for thumbprinting. You definitely have to sign. Atiku signed and that is all I have to say”.