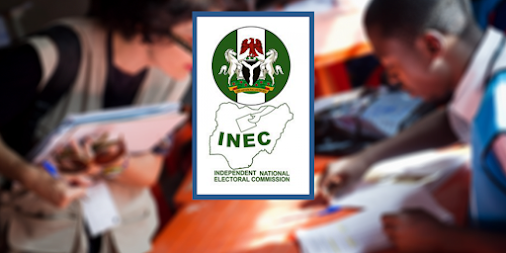 The Peoples Democratic Party (PDP) in Imo State on Sunday urged the Independent National Electoral Commission, INEC to ensure that the vexed issue of voter register fraud is expeditiously resolved, and the tainted register thoroughly cleaned up, to restore public confidence in the electoral system.

The opposition party also encouraged the candidates to keep working in sync with the electoral template of the party, which he described as the surest path to seamless victory.

Collins Opurozor, Publicity Secretary Imo State PDP, made the plea in a statement on Sunday in Owerri.

The PDP said,” What is also very important to highlight is that the failed APC regime in Imo State, which has grown jittery about the forthcoming elections and is now resorting to all manner of shenanigans, including INEC voters register compromise, to rig the elections.

PDP said another menu in the terrified APC’s buffet of atrocities is the sponsorship of fake news and tales of imaginary wars against our Party.

“To this end, Stakeholders resolved to intensify efforts towards mobilizing Imo citizens for free, fair and credible elections, whilst also vehemently resisting the wicked plot by the APC to manipulate the voters register in the State.

On the Party stakeholders meeting held on Saturday, PDP said as part of the preparations for the commencement of campaigns for the 2023 general elections, Stakeholders of the Peoples Democratic Party (PDP) in Imo State held a crucial meeting on Saturday, September 24, 2022.

The statement further reads, “The well-attended meeting brought together the members of the State Working Committee (SWC), State Executive Committee (SEC), Elders Committee, Candidates and Leaders of the Party who Pledged to work together.

“The State Chairman of the Party, Engr. Charles Ugwuh OON, during the crucial meeting, unveiled the action plan which has been put in place to expand the democratic space within the Party, energize the Party at the grassroots and record resounding victories across the State in the 2023 general elections.

“The Chairman also urged the candidates to keep working in sync with the electoral template of the Party, which he described as the surest path to seamless victory.

“The National Secretary of the Party, Senator Samuel Anyanwu, who was represented by his Principal Secretary, Dr. Bruno Ekwelem, lauded the SWC for their giant strides. He appealed to Stakeholders to uphold the unity of the Party and cautioned against divisiveness and the unwholesome tendency to cast a slur on Party Leaders at all levels.

“Stakeholders took turns to express their determination to fold up their sleeves and unseat the APC government in the State. Regretting that Imo has been run aground by the APC, it was resolved that Party Stakeholders will work unanimously to weed out the nefarious APC from Imo and deliver all PDP candidates across the State in next year’s elections.

“INEC was, therefore, enjoined to ensure that the vexed issue of voters register fraud is expeditiously resolved, and the tainted register thoroughly cleaned up, in order to restore public confidence in the electoral system.”