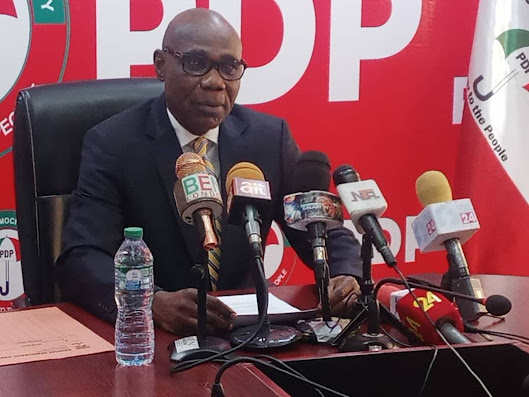 PDP National Publicity Secretary, Hon. Debo Ologunagba, who stated this during an interactive session with journalists, Thursday in Abuja berated the All Progressives Congress (APC) inability to unite Nigeria.

Ologunagba, who described the PDP as the hope said their focus is how to win 2023, rescue and rebuild the country.

He said “we are in closer conversation with some leaders in APC to move to PDP. Because PDP is where the road is. APC is on life support and is dying by instalment. We are ready for the election.”

On the face-off between Wike, Ayu and other party leaders, Ologunagba said there is no crisis in the PDP, adding that “issues are part of the family and in any political party. In political parties, we have different views. But we have all resolved that Nigeria is the most important issue.

“This party respects every member of the party. The party, even Governor Nyesom Wike agreed that Nigeria is the issue. “We need to fix our security, fix our economy, curb insecurity and many more, ” he added.

Ologunagba, who assured that all organs of the party are working very well said the party will carry everybody along in all its activities.

He continued “leaders and stakeholders of the party are united on this. The party is solid and moving ahead with its programmes to rescue the nation and bring everyone on board.”