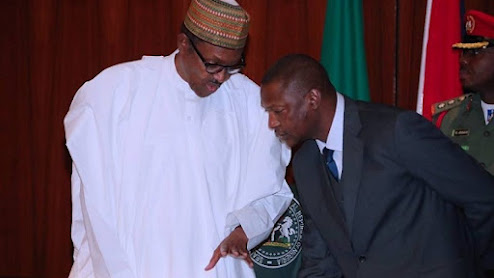 Socio-Economic Rights and Accountability Project (SERAP) has sued President Muhammadu Buhari over the agreement between Nigeria and the United States for the repatriated $23 million stolen by Sani Abacha.

Attorney-General of the Federation and Minister of Justice, Abubakar Malami (SAN) is a respondent in the suit.

The agreement signed in August followed the $311 million Abacha loot returned by America in 2020.

In suit FHC/ABJ/CS/1700/2022 filed at the Federal High Court, Abuja, SERAP is asking the court to direct the President and Malami to make the details public.

The body wants to know the mechanisms put in place to ensure that the repatriated funds are not mismanaged, diverted or re-stolen.

SERAP noted that the repatriated $23 million is vulnerable to mismanagement as a substantial part of the estimated $5 billion returned Abacha loot since 1999 remains unaccounted for.

The suit filed by Kolawole Oluwadare and Atinuke Adejuyigbe relies on the Nigerian Constitution, the Freedom of Information Act, and the country’s international obligations.

The lawyers said Nigerians look forward to the court’s favourable judgement as they are entitled to information about the use of public funds.

No date has been fixed for the hearing of the suit which was instituted on Friday.