APC must show sincerity, fairness for success of 2023 polls – Ortom 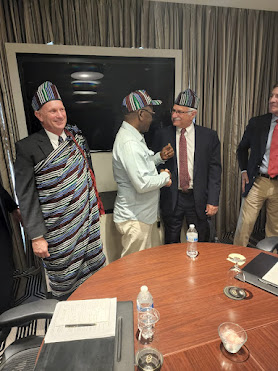 The Benue State Governor, Samuel Ortom has challenged the All Progressive Congress, APC-led federal government to exhibit more sincerity in the conduct of next year’s general election.

The governor stated this Wednesday, September 7th, 2022 at the headquarters of the International Republican Institute (IRI), Washington when he paid a working visit to the institute.

He maintained that Nigerians are apprehensive that some activities of the electoral body have not sufficiently demonstrated its independence.

Principal Special Assistant to the Governor on Diaspora Affairs, Rev. Peters Ichull explained that the focus of the interaction between the Governor and leaders of the institute was for the organisation to know the fears of the opposition and the public regarding the 2023 general elections.

For example, the governor pointed out that the insecurity in the country where large communities were wiped out or chased out of their ancestral lands and replaced by bandits may be used as an excuse to prolong the tenancy of the ruling party.

In addition, the Governor said, “The fact that the umpire appears to shift the goalpost to accommodate the sloppiness of the ruling party in observing its ostensible firm timetable deadlines calls for concern.”

The Governor wondered how the election will be free, fair and transparent with these avoidable gaffes.

He also expressed concern with the level of desperation and insensitivity of the APC, as demonstrated by their nomination of a Muslim-Muslim ticket despite public protest.

He noted that it has become clear that the Buhari government is not working in the interest of Nigeria and her citizens and thereby setting the stage for chaos in 2023, which will have global consequences.

The governor also thanked IRI for its spirited efforts in the defence of democracy worldwide.

In his response, the IRI Director, Africa division, Gregory Kearns thanked the Governor for his frank observations, which aligns with their mandate and reflected in their tactical pre-election report.

Kearns said it was important for Ortom as a critical stakeholder, political actor, and prominent figure in Nigeria to amplify his advocacy for credible polls.

He disclosed that IRI had earlier submitted a report to INEC, making recommendations on how to improve the election processes to conform with international best practices.