ASUU backs NANS on protest over strike, says students fighting for their rights 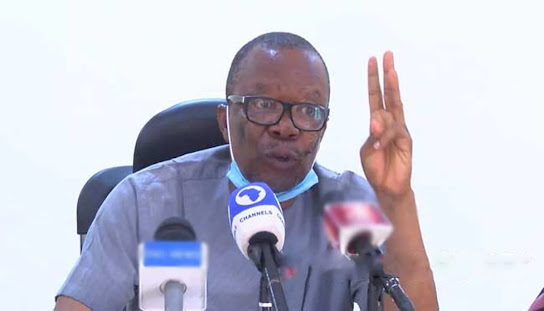 The Academic Staff Union of Universities, ASUU, has said it backs the National Association of Nigerian Students, NANS, on the ongoing protest over the lingering strike.

ASUU’s National President, Prof. Emmanuel Osodeke, disclosed this in an interview with journalists.

Professor Osodeke praised the students for fighting for their rights.

He said, “We commend NANS members for fighting for their rights. It is their right. The pro-chancellors are doing well too. We hope the government will listen to them because they (pro-chancellors) understand what is happening in the Nigerian universities.”

NANS, on Monday, stormed Murtala Muhammed International Airport in Lagos to mount pressure on the government to resolve the seven-month industrial strike by ASUU.

The protest was still ongoing at the time of this report.

Recall that the students’ body had earlier threatened to ground activities at the local and international airports across the country beginning Monday due to the strike.

He lamented that Nigerian students whose parents created the commonwealth could not continue suffering.