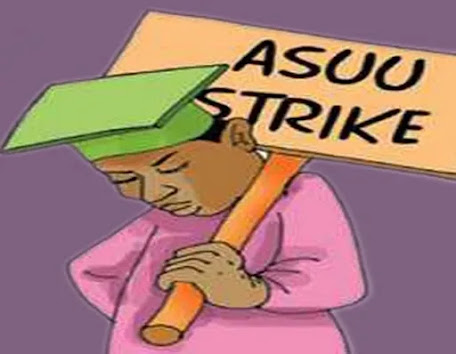 A video of a sex party held in a hotel in Ifite Awka, Anambra State by alleged university students has sparked controversy on social media.

In the video, persons said to be students of the Nnamdi Azikiwe University were seen engaged in sexual activities in the full glare of all while other members of the party milled around the hall.

The video which showed several male and female partners in intimate positions was said to have been held in a hotel (name withheld), which is located close to the renowned institution.

Many people have condemned the viral video while attributing the despicable party to the strike embarked upon by members of the Academic Staff Union of Universities, ASUU, which has held the institution down for close to seven months now.

In an argument on Facebook, a commentator, Nanya Okoye took exception to the participants in the video being described as students of UNIZIK.

She said, “With all due respect sir, my beloved students are at home, the last time I checked ASUU is still on strike and so anyone there is on his or her own, no one was compelled to go there.

“The fact that it was done at the Ifite students area doesn’t imply that all the students there are from UNIZIK, some may be from other neighbouring schools, so please sir don’t drag Unizik into this mess.”

Another commentator who replied, Mr Felix-Joe Chibunkem insisted that over 90 percent of those who attended the sex party were students of the institution, claiming that he knew most of them.

“I would agree with you if you had said that the majority of the students are at home while we have the remainder around. But you even tagging them “beloved” is awry. You have hence, tried to glorify some things which are best known to you.

“You want a deeper investigation, you would be informed that it was targeted at the students and the garden has always been a home for the Sodomite. I can promise you that 99% of persons there were students so what are you saying?

“Ohhh, I remember and understand now. You are the mummy of the school. I wish not to think otherwise,” he said.

Attempts to reach the spokesperson of the institution, Mrs Gladys Chika for comments were not successful.

The party, which was held in a hotel close to the institution on Saturday last week had a banner, urging ladies to come in their night wears.