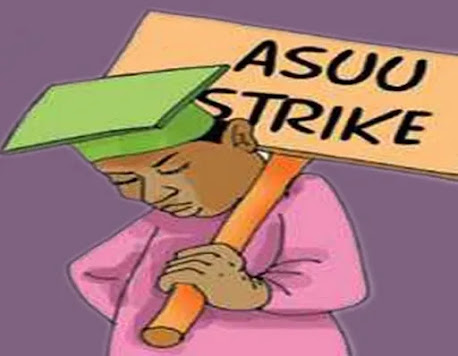 Mixed reactions are being expressed over the National Industrial Court’s judgment ordering members of the Academic Staff Union of Universities, ASUU, to go back to work.

In an interview with some affected members of the Union in Ilorin, Kwara State capital on Wednesday, a Professor of Political Science, University of Ilorin, Hassan Salihu, said in his reaction, that “one can react to the judgement at two levels.

“One is the legalistic-cum-democratic tenets. In a democracy, there should be respect for the law of the land, including court pronouncements, irrespective how they were arrived at.

“To that extent, it is better to confront the judgement through the courts, which I understand is being contemplated. The second level has to do with the realities of the judgement. I do not think the legal approach can resolve the matter, while wasting everybody’s time through its back and forth movements.

“For me, there is no alternative to collective bargaining, which is being backed by our vote or preference for democracy. I therefore urge that after buying time and achieving a short term victory, real discussions should now start in earnest,” he added.

Chairman of the Academic Staff Union of Universities, University of Ilorin chapter, Professor Moyosore Ajao, in his reaction, said “for now, ASUU will act after the national executives of the union would have taken a position.”

He said the “Nigerian government is bent on destroying the intellectual base of the country. It depends on Nigerians to decide what they want to be the fate of the Nigerian university system.”

In his own reaction, Professor Olubunmi Omoteso, Faculty of Agriculture, University of Ilorin, said “it is best ASUU exco react to the judgment, because in this instance, my personal views are not important.”

However, reacting to the judgment, the chairman of ASUU, Kwara State University, Malete, Professor Shehu Abdulganiyu Salau, dismissed the judgment saying “the union is not satisfied with the court’s verdict at all.

“We have our agitations unaddressed and the court is asking us to go back to class.

“No, it is never done. We would ask our lawyer to file an appeal and stay of execution of the judgment.”

He described ASUU as a united trade union that can never be defeated, adding “together we stand.”

Meanwhile, It was learnt that the national president of the union, Professor Emmanuel Osodeke, has informed members through the zonal coordinators of the union that “the union’s lawyer is filing an appeal and stay of execution of the court’s judgement.”

He asked members to remain calm and strong, adding that “a people united can never be defeated.”