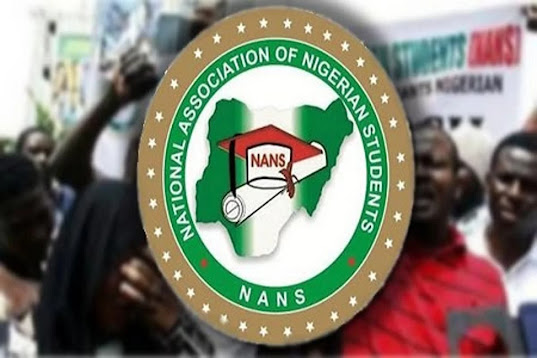 The Chairman, National Association of Nigerian Students (NANS) Taskforce on the Academic Staff Union of Universities (ASUU), Comrade Dominic Philip, has said that the continuous strike by ASUU, is due to the lack of enough commitment demonstrated by the parties concerned to bring an immediate end to the matter that has made a sore of the university’s academic calendar.

Briefing newsmen in Kaduna on Wednesday, he said, “The current state of our tertiary institutions with particular reference to our public universities is a sad reality that we have refused to accept. This is because we have effortlessly come to the conclusion that there is not enough commitment being demonstrated by the parties concerned to bring an immediate end to the lingering strike that has made a sore of our university’s academic calendar.”

He stated that it is evidenced by the many fruitless meetings, negotiations, and re-negotiations that have characterized the entire period with no single result in sight regarding peaceably resolving the impasse between ASUU and the Federal Government.

“To this end, we as stakeholders in the education section cannot sit back and watch our future and the future of our dear nation waste away, just to service the egotistical and unyielding disposition of those responsible for settling the matter in question amicably,” the chairman explained.

He said that they are resolved to commence mass actions to register their displeasure at the tenure of the strike and add their voices to the call to bring an end to the menace of the strike and its attendant negative impacts on the students and by extension their dear nation.

Dominic Philip explained, “On this note the Taskforce on Mobilization for the Mass Action on ASUU Strike of NANS and some concerned stakeholders had earlier concluded plans to commence mass action which includes protest march, civil disobedience and other instruments in our arsenal to drive home our demands, from today the 21st of September 2022.”

He pointed out that due to several calls from well-meaning Nigerians and calls by the security agencies for consideration of the peculiarity of Kaduna concerning the volatility of the security of the city, they have chosen to demonstrate the kind of gesture that they expect the negotiating parties, especially the federal government to exhibit in their meetings so that there could be a headway towards ending the strike.

He added that they had made compromises to their earlier plans of commencing mass action today (Wednesday) by deferring the protest to consolidate on the new schedule released by the National Executive Council of NANS led by Comrade Usman Umar Barambu.

He explained that their decision is also to enable the security agencies to reach out to the government and the leadership of the National Assembly, who have displayed for the first time genuine commitment to intervene in the ongoing impasse on the implications of a total shut down of the nation’s economic hubs and airports across major cities, adding that because a gap for the replication of the “End SARS Protest” has been allowed.

Following the deployment of national officers of NANS to spearhead mass action in the different zones across the country on specific dates as contained in the memo released by the national secretariat led by Barambu, called on the traditional rulers and religious leaders who some are Chancellors of these public tertiary institutions, that their silence at this material time is not golden but they should in the interest of their masses and subjects they rule add their voices to the struggle in the form of fatherly solidarity.

He believed that the traditional institutions are, with no doubt, a very strong tool to compel the government to rise to its responsibility of paying more attention to the education of the citizenry and appealed to the entire members of the Nigerian public to also avail themselves of the opportunity to support and be part of their efforts to see that the pattern of unending strikes and wasted years for their wards and children studying in our public institutions are brought to a perpetual end.