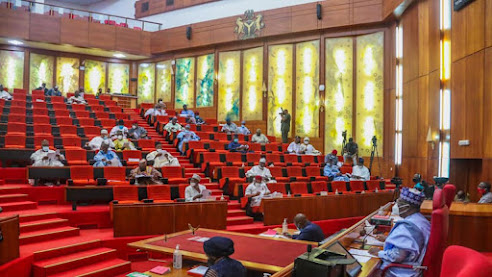 The Nigerian Senate on Tuesday declined to pass a bill seeking the rotation of the presidency across the six geopolitical zones of the country.

The bill which was sponsored by Senator Patrick Abba Moro representing Benue South Senatorial district was listed for second reading but was opposed after he read the general principles.

The lawmaker emphasised equity, fairness and justice among the six geopolitical zones as reasons he sponsored the bill, adding that the country was heterogeneous and the rotation of presidency would offer each component a sense of belonging.

He also posited that the legality of power rotation would cure the challenge of the scramble for power and balance agitation among the six zones, as well as promote unity among the citizens.

In their contributions during the debate which was monitored by DAILY POST, lawmakers, one after the other, kicked against the bill on the grounds of running against provisions of the 1999 constitution.

Senator Bala Ibn Na’Allah ( APC Kebbi South), said the bill should have been presented as one seeking for amendment of relevant provisions of the constitution and not just one seeking legislation from the Senate or by extension, the National Assembly.

“In as much as it is good for power to rotate across the various divides in the country, none of the provisions of the 1999 constitution, gives room for that because it throws such privilege open to all Nigerians at all times.

“Without legislation or law on power rotation, a minority like former President Goodluck Jonathan became President of this country a few years back just as we have a minority in the person of our revered President of the Senate, Ahmad Lawan, leading the 9th Senate.

“So, I don’t think there is any need for a specific law to be put in place for power rotation and even if any move is to be made in that direction, it has to be through constitution amendment.”

Taking into consideration the views of senators, the sponsor of the bill, Abba Moro withdrew it from a further debate in line with Order 42 of the Senate standing rules.