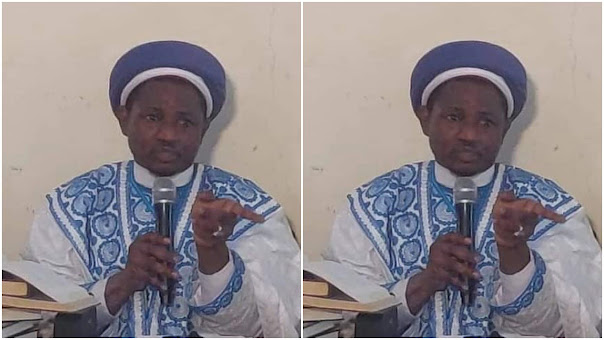 Shiek AbdulJabar Nasiru Khabara, who is standing trial on charges of an alleged blasphemy against the Prophet of Islam, has accused his Lawyer, Dalhatu Shehu Usman of allegedly collecting N2 million bribe to induce the Upper Shari’a court presiding judge in the case.

At the resumed sitting, the defence counsel, Dalhatu Shehu-Usman, represented by Mr Muhammad Lawan, in his prayer urged the court to allow the defendant to adopt his final written addresses himself.

The defendant, in adopting his final written addresses dated and filed September 20, urged the court to dismiss the case filed by the Kano State Government against him and order the state government to apologise to him.

“I urge the court to adopt the written addresses as my argument in this case and evidence, my audio preachings.

Kabara also maintained his allegations that the lawyer assigned to defend him by the court collected the sum of N2 million in order to bribe the judge, saying ”he came to the prison and told me that the judge ordered him to collect the said N2 million to discharge and acquit him.

The prosecution counsel, Mamman Lawan-Yusufari SAN, in his final written addresses dated and filed September 22, urged the court to convict the defendant according to law and adopt their addresses as evidence against the defendant.

The prosecutor closed their case with four witnesses while the defendant presented one witness, and tendered 24 books and a memory card as evidence to prove his case.

The defendant presented himself as a lone witness.

However, the presiding judge, Malam Ibrahim Sarki-Yola, denied the allegation of receiving any bribe.

He said that the judgement date would later be communicated to both parties.

Speaking to newsmen after the court sitting, Shehu-Usman denied the allegation of receiving the sum of N2 million as a bribe.

“I am not surprised, my client had also made some allegations against his other three sets of lawyers before,” Shehu added.