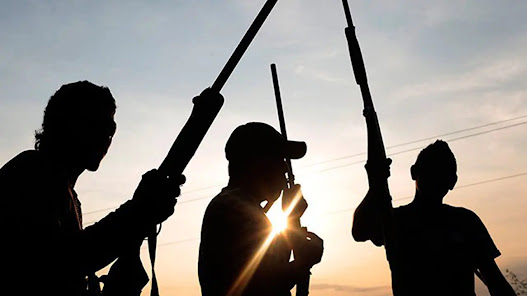 It was learnt that the gunmen attacked an Army checkpoint at Obeagu-Amodu road in Enugu South Local Government Area of Enugu State.

This is not the first time gunmen were attacking security agencies along that axis. The frequent attacks led to the deployment of the combined team of security operatives.

However, it was gathered that the gunmen stormed the area again in two Lexus Jeeps and one Toyota Sienna bus around 7:25 a.m.

They reportedly opened fire at the combined team of the Police and the military.

Although the casualty figure is still unclear, a source said at least two persons died.

The police in Enugu State is yet to issue a statement on the reported attack.