Chelsea vs West Ham: Tuchel rules Aubameyang out, reveals when he could play 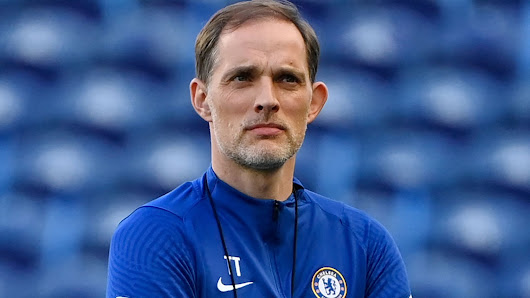 Chelsea manager, Thomas Tuchel, is optimistic Pierre-Emerick Aubameyang can be available sooner than expected, possibly as early as next week.

Aubameyang will not be available for Saturday’s match against West Ham, after travelling to Italy to get a protective face mask fitted.

The 33-year-old suffered a broken jaw in an armed robbery incident at his home in Barcelona.

“We try with a mask. It depends a little bit on what the specialists say, who create the mask for him.

“And then how he adapts to the mask so maybe it could be Tuesday [in the Champions League against Dinamo Zagreb], although maybe this is very soon. So maybe it’s Fulham, maybe it is a week later.

“The very latest [is] after the national break but we try to push things and Auba is happy to push things. He is out there now at the specialist to get his mask done and then he tries, I think, Sunday in training,” Tuchel said.