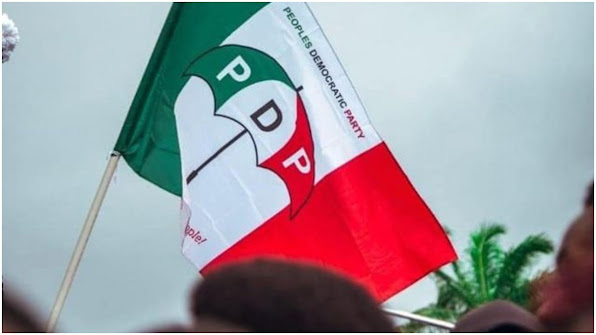 The Taraba State chapter of the Peoples Democratic Party (PDP) has urged all aggrieved aspirants to join hands with its governorship candidate towards moving the party forward.

The party stated this on Tuesday in a statement while reacting to Monday’s Federal High Court judgment that dismissed suits seeking for the disqualification of the party’s guber candidate, Kefas Agbu.

The party’s Publicity Secretary, Andeta’rang Irammae said the judgment of the Federal High Court “did not come to the party as a surprise”.

“To our aggrieved aspirants, party members and supporters we hereby enjoin you to see the victory as an act of God as PDP is one big family whose umbrella is capable of accommodating all,” he said.

The party, which is determined to emerge victorious in the forthcoming elections, believed that for such dream to be achievable, all hands must be on deck, hence the need for aggrieved members to join forces with the party.

“Our primary concern is to win all elective positions in the 2023 elections and we would not leave anything to chance on our road to achieving this goal, what we just need is to walk in unison towards strategizing ahead of the upcoming elections,” he added.

The statement added that the country “cannot afford to survive another four years of misrule, bad governance and visionless leadership which the APC has provided at the national level in the past seven and half years.”

Saga Gist reports that suits instituted against the PDP candidate by Jerome Nyameh and Helkiyah Bubajoda Mafindi seeking to halt him (Agbu) from parading himself as the party’s governorship flagbearer, was yesterday dismissed by the Federal High Court.