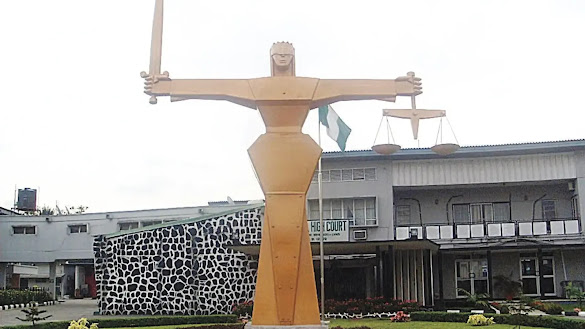 A Federal High Court in Abuja on Friday ordered the immediate reinstatement of two aggrieved Directors of Green Energy International Limited, Dr Bunu Alibe and Mr Ayo Olojede, who were illegally removed by the company’s management.

Justice Bolaji Olajuwon, in a judgment, described their removal from the oil company as “unlawful.”

The Judge said the Annual General Meeting (AGM) of the company held on November 12, 2020, during which Alibe and Olojede were removed, was convened in contravention of Section 285 of the Companies and Allied Matters Act (CAMA), 2020.

Justice Olajuwon, who ordered that all the backlog of the directors ‘ entitlements, including salaries and allowances, be paid, also awarded three million naira in favour of the duo as damages.

Alibe and Olojede had in a suit marked, FHC/ABJ/PET/20/2020, sued Green Energy and Professor Anthony Adegbulugbe as 1st and 2nd defendants.

Adegbulugbe was a former Special Adviser on Energy in the Olusegun Obasanjo administration.

The plaintiffs, in the suit which commenced via a petition, accused Adegbulugbe of a series of corporate misdemeanours, including unilateral usurpation of executive responsibilities, contrary to the provisions of CAMA, 2020 and the company’s Article of Association.

They claimed that they were unlawfully removed by the chairman of the company they jointly nurtured to fruition.

Responding, Adegbulugbe also filed a separate suit against the two directors before the court marked: FHC/ABJ/CS/1390/2020.

Although the matter was formerly before Justice Ijeoma Ojukwu, the case was, however, reassigned to Olajuwon following the transfer of Ojukwu to the Calabar division of the court recently.

However, in her judgment, Justice Olajuwon said the notice of the general meeting to all Directors and members of a company must be given 21 days from the day it was issued.

She held that the petitioners were only given 20 days’ notice instead of 21 days, as required by the law, for the meeting held on Nov. 12, 2020.

According to her, Section 241 of CAMA provided a lengthy time to be provided for a meeting of a company to be held.

The judge held that the argument of the defence that Ojukwu had ordered that parties should attend the AGM as part of the efforts to resolve the crisis rocking the company and that the aggrieved directors failed to comply did not hold water.

“I have carefully read the proceedings of Justice Ojukwu.

“The notice of the Annual General Meeting was served before the order of the court was made and the court did not abridge the length of time for the meeting to be held.

“Where the provision of the law is clear and unambiguous, the court must give it its meaning,” she said.

Justice Olajuwon, therefore, declared that all actions taken at the AGM held on Nov. 12, 2020, were null and void.

“A declaration that the alleged non-election and/or removal of the petitioners as directors of the 1st respondent (Energy Oil) was unlawful, illegal and not in accordance with the provisions of the Companies and Allied Matters 2020 in that proper procedure was not followed or adopted.

“A declaration that pursuant to Article 27 of the 1st respondent’s Articles of Association, the provisions and powers contained in Section 285 of the Companies and Allied Matters Act 2020 are neither exercisable nor applicable to the 1st respondent.

“An order invalidating and setting aside the holding of the purported Annual General Meeting of 12 November 2020 and nullifying every decision taken thereafter, including the purported non-reelection of the petitioners as directors of the 1st respondent.

“As the petitioners are still members of the 1st respondent, the court hereby restrains the respondents whether by themselves or their servants, agents, privies or how whatsoever, from denying the petitioners any or all rights, emoluments and benefits due to them as directors of the 1st respondent, including but not limited to unhindered access to the company’s offices and sites, settlement of all bonuses and financial entitlements and allowances due and or payable to them.

“General damages in the sum of N3 million is hereby awarded in favour of the petitioners for their unlawful removal as directors of the 1st respondent in contravention of the provisions of CAMA 2020,” the judge further declared.

She held that the petitioners were not given a fair hearing in the decisions taken by the company.

“The petitioners’ case succeeds in part because they were not given adequate notice,” she said

The judge also dismissed the sister suit marked, FHC/ABJ/CS/1390/2020, and filed by Adegbulugbe against the two directors.

Earlier, Olajuwon had also dismissed the defence motion challenging the jurisdiction of the court to entertain the suit.

Justice Olajuwon, however, dismissed the allegations levelled against Adegbulugbe that he took unilateral decisions in the running of the company and turned the firm into a family affair.

According to Justice Olajuwon, he who asserts must prove.

She held that the two directors failed to discharge the burden of proof of the allegations as no sufficient materials were placed before her to believe so.