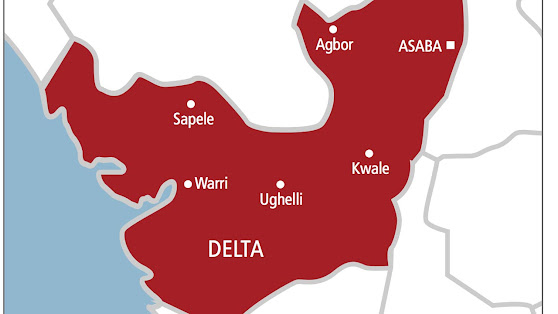 Angry youths under the auspices of Ogbe-Ijoh Warri Kingdom Interest & Defensive Forum, OIDF have accused a purported Aladja/Ogbe-Ijoh boundary committee led by the counterparts of Udu and Warri South West LGA chairmen, Jite Brown and Taiye Tuoyo of unlawful destruction of houses in Ogbe-Ijoh community in the name of a boundary adjustment.

The youths said the committee did not seek the consent of the Ogbe-Ijoh community before destroying buildings on their land.

The youths in a statement said, “The grand commandant of Ogbe-Ijoh Warri Kingdom Interest & Defensive Forum (OIDF) Gen. Powode Edonghan Ikoro, Action Chairman, Francis Oromoni, Commander Endurance Amaya Ogbe and National president of OIDF Okosu Smart and others led Ogbe-Ijoh youths to verify purported boundary areas but to our surprise, three of Ogbe-Ijoh buildings were demolished without the consent of the owners and even the Ogbe-Ijoh people.

The group also advised Governor Ifeanyi Okowa to call the purported boundary committee led by the counterparts chairmen of the two LGAs to order and possibly focus on LGA boundary adjustment between Udu and WSW LGAs and not communal issues.

The group said the two LGA chairmen should work in line with the government decision regarding the boundary adjustment of the affected communities and not follow their illegal arrangement which may incite more crisis in the area.

In a swift reaction, Aladja Community in Udu Local Government Area of Delta State denied allegations by the Ogbe-Ijoh people that her indigenes destroyed buildings in their community.

In an interview with our correspondent, the President of Aladja Community Council, Shell Okakotu GodFirst, who was reacting to a report on social media by one Smart Okosun described the report as “false”.

GodFirst said it is not true that indigenes of Aladja community destroyed houses in Ogbe-Ijoh.

He noted that there is a committee set to do the demarcation between Aladja and Ogbe-Ijoh communities.

In his words, “That job was done by the committee. It’s not Aladja indigenes. Aladja community did not go there to do demarcation on their own. So, to me, it’s an irrelevant story. The story is a fictitious story.”

He said the Aladja community is fully in support of the boundary demarcation by the Delta State Government and not because Aladja is afraid of anything but for the sake of peace pointing out that there’s so much insecurity in the country that does not need more troubles to be added.

He insisted that for peace to reign, the Ogbe-Ijoh people should allow the committee set up by the Delta State government to do its demarcation job.

An indigene of Aladja community who does not want his name in print corroborated GodFirst’s comments, saying Smart Okosun is misleading the public with the libellous report.

“I believe the people of Aladja will not take it lightly with him this time around because if he alleged we destroyed any building in Ogbe-Ijoh, he should be able to point out the perpetrators, not just generalizing.