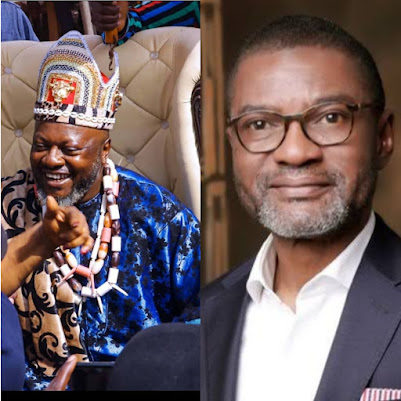 The people of Ishi-Ozalla autonomous community in Nkanu West Local Government Area of Enugu State have dissociated themselves from the purported endorsement of the Enugu State gubernatorial candidate of the All Progressives Grand Alliance, APGA, Chief Frank Nweke, Jnr.

A section of the community was said to have pronounced the endorsement.

But in a statement signed by the Igwe-elect of the community, Chief Don Sylvester Chinedu Nweke and the representatives of seven out of twelve villages of Ishi-Ozalla, they described the said endorsement as a laughable demonstration of extreme desperation by an unpopular candidate who forgot that “charity begins at home” and that one good turn deserves another.

According to them, “the good people of Ishi-Ozalla are not trying to join issues with anybody, after all, this is democracy which grants freedom of expression.”

They said, “as the real indigenes of Ishi-Ozalla, holding and observing the main tradition, posterity would pass unfair judgement on us if we fail to speak when we are supposed to do so.”

The community said the person’s behind the purported endorsement “have no cultural right to give Ofo to anybody on behalf of the community without the presence of Edeaniagu family that is the main custodian of Ishi-Ozalla traditions.

“As if we knew that this kangaroo endorsement will come, in July this year, through a widely circulated media announcement entitled, ‘DOES CHARITY NO LONGER BEGIN AT HOME?’, we appealed to our brother to ensure that peace and justice return to our community, before presenting himself to contest for any public office.

“Ishi-Ozalla had been in crisis for some time now and what is primary to us and every right thinking Ishi-Ozalla person is how to return peace in our area, because ‘no one chases rat when his/her house is on fire’.

“We want to use this medium to remind our brother and those that partook in that purported presentation of the ‘Ofo’, that Ofo is a symbol of justice that works for or against the beholder, depending on the genuineness of their mind.

“My people are pleased with the good works of Governor Ifeanyi Ugwuanyi across the length and breathe of the State, including Ishi-Ozalla community.

“Ishi-Ozalla is a PDP stronghold and will remain so, as we pledge total support to Bar. Dr. Peter Ndubuisi Mbah, the governorship candidate of the Peoples Democratic Party in the forthcoming general elections.

“No doubt, this was one of the game plans to distract the government from its determination to right the wrongs in Ishi-Ozalla, but we appeal to Governor Ifeanyi Ugwuanyi to remain committed towards emancipating Ishi-Ozalla people from the age-long bondage of segregation and man’s inhumanity to man, being metted on them by some greedy individuals.

“Our position as a community is clear, you don’t give what you don’t have. If we have the best candidate in this election, it is our duty to blow his trumpet without being asked.”