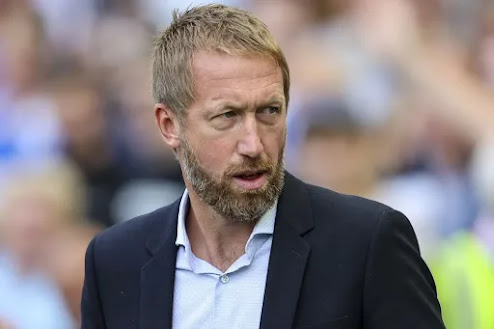 Former Chelsea midfielder, Billy Gilmour, has been left ‘baffled’ by manager Graham Potter’s decision to move to the west London club just days after he convinced him to join Brighton.

Gilmour joined Brighton on transfer deadline day and made his debut three days later off the bench in a 5-2 victory over Leicester City last Sunday.

His stoppage-time cameo against Leicester would be his only match under Potter, with the Englishman appointed as Chelsea manager on Thursday.

According to The Sun, Gilmour has told friends that the only reason he chose to join Brighton was because of the way Potter plays but he is now in limbo as the Seagulls wait to appoint a new boss.

The 21-year-old has been left ‘baffled’ by the events of the past few days and may be regretting his decision to leave Chelsea.

The Scot’s exit from Stamford Bridge was sanctioned by former manager Thomas Tuchel, with the German having made it clear to Gilmour he would be provided with very few first-team opportunities if he stayed at Chelsea.