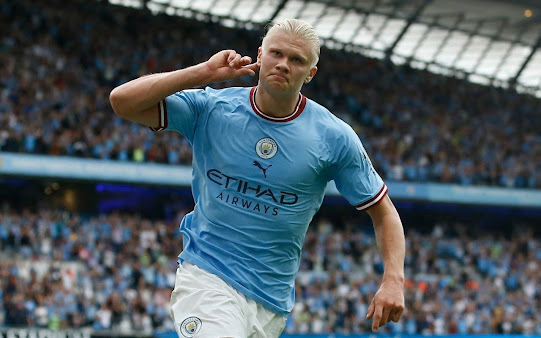 Manchester City striker, Erling Haaland, has opened up on the players that advised him to make his move to the Premier League champions.

The Norwegian international had drawn the interest of top European clubs, including the likes of Paris Saint-Germain, Chelsea, Liverpool, Real Madrid and Barcelona, before he opted to join Man City.

However, Haaland has now revealed that he received calls and messages from over 15 players. He mentioned four key stars that urged him to choose Man City following Dortmund’s Champions League tie with Pep Guardiola’s side in 2021.

According to him, the players were Phil Foden, Kevin de Bruyne, John Stones and Ruben Dias.

Speaking on his decision to join Man City, Haaland said, as quoted by Fabrizio Romano: “It’s the best sporting project in the football world right now… it’s where I think I’ll do the best.