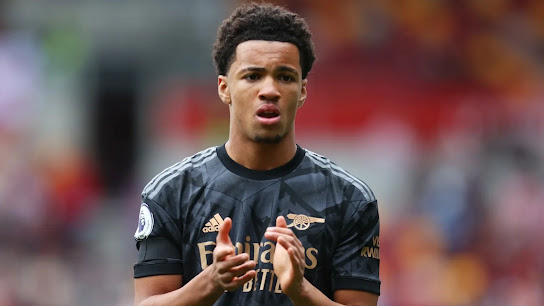 Manchester United are eyeing a shock move for Arsenal youngster, Ethan Nwaneri, according to The UK Times.

It is believed Liverpool and Manchester City are also keeping tabs on the 15-year-old.

Nwaneri became the youngest player in Premier League history when he made his debut for the Gunners last weekend.

Arsenal manager, Mikel Arteta, introduced Nwaneri in the 90th minute of their 3-0 win at Brentford.

At the age of 15 years and 181 days, he became the youngest ever player to appear in a Premier League match.

The previous-youngest had been Harvey Elliott, who played for Fulham at the age of 16 years and 30 days (v Wolves in May 2019).