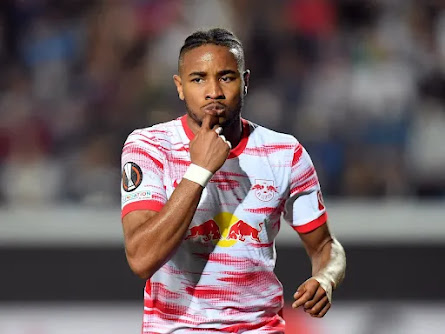 RB Leipzig forward, Christopher Nkunku, has undergone a medical with Chelsea officials ahead of a possible move.

However, the transfer has not yet been wrapped up, according to the UK Telegraph.

Nkunku is one of several forwards on Chelsea’s radar, with new co-owner Todd Boehly eager to continue splashing the cash.

Boehly wants to equip Graham Potter with a squad capable of competing for Premier League and Champions League glory.

Although Nkunku has already undergone a medical with the Blues, it is understood no deal has been reached for the 24-year-old.

There is no assurance at this time that a move will ever actually happen.

Chelsea conducted medical tests to determine whether to pursue a transfer in 2023, when a £58million release clause in his contract comes into play.