Ex-Golden Eaglets star, Amoo ruled out for rest of the season 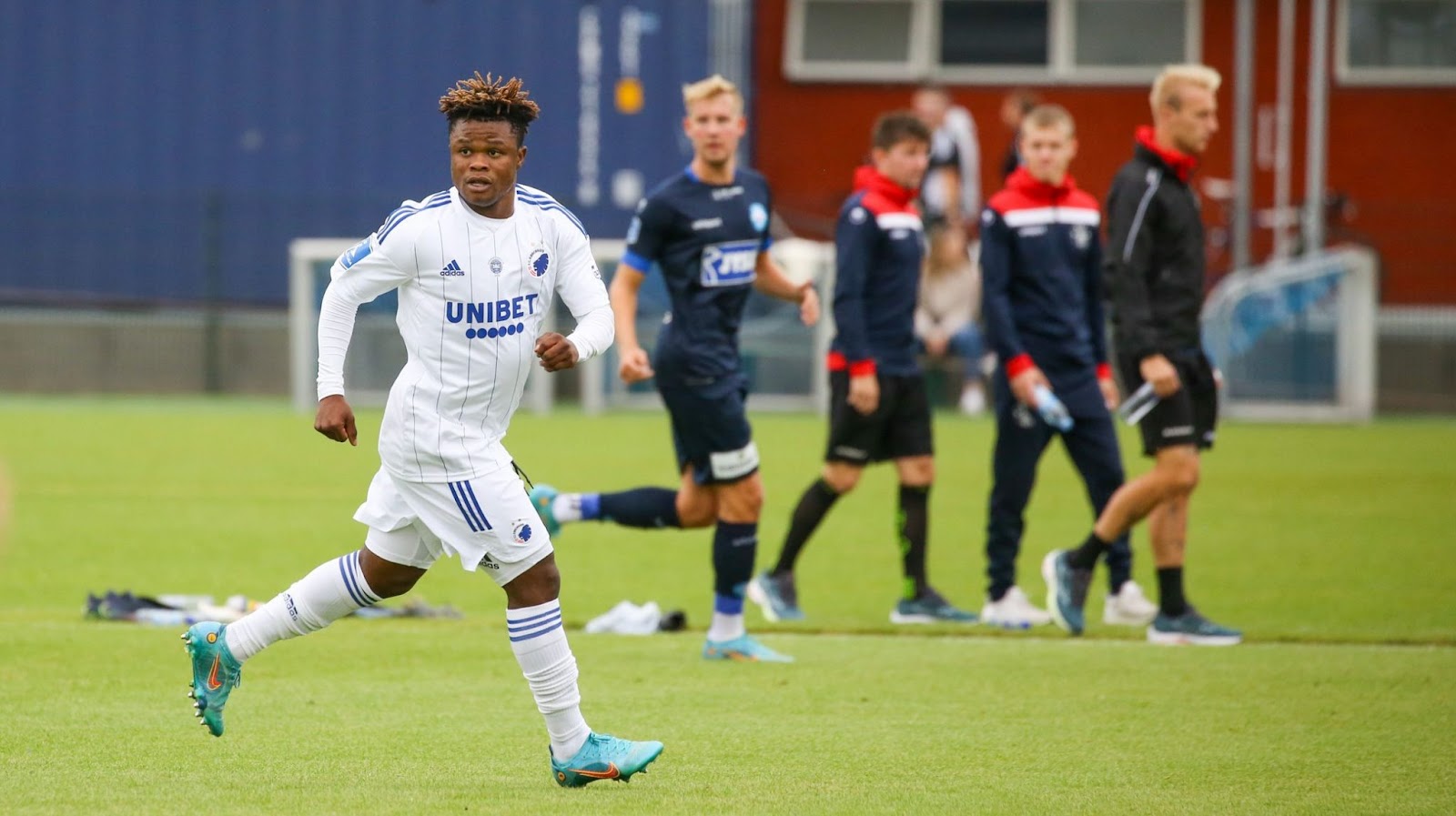 Danish SuperLiga club, FC Copenhagen have announced that forward Akinkunmi Amoo will miss the rest of the season due to injury.

Amoo suffered a knee injury in training on Saturday and will spend eight to nine months on the sidelines after undergoing surgery.

The young striker has battled injuries since linking up with FC Copenhagen from Swedish club, Hammarby in January.

“Akinkunmi Amoo, unfortunately, suffered a serious knee injury in Saturday’s training match against Silkeborg, and after scans and examinations he has unfortunately been ruled out for the rest of the season,” reads a statement on the club’s official website.

“Amoo now has an operation, then rest, and then a long rehabilitation before he can train with the team and play matches again. Altogether, that process will last 9-10 months,” says chief physician at FCK, Morten Boesen.”

The former Golden Eaglets star was named in the Super Eagles squad for the 2022 FIFA World Cup playoff tie against the Black Stars of Ghana in March.