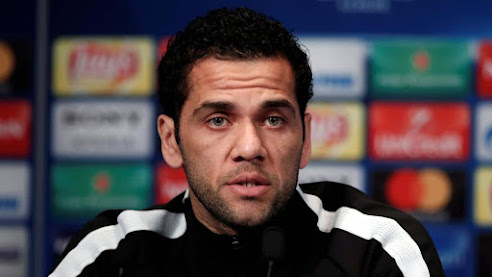 Former Barcelona defender, Dani Alves, has called Manchester United forward Cristiano Ronaldo “a b*stard,” admitting that the 37-year-old is the toughest opponent he has faced in his career.

Ronaldo won the Champions League four times during his time at Real Madrid, but he only tasted LaLiga glory twice.

That was partly down to the domestic dominance of Barcelona, who won the title six times during Ronaldo’s spell in Madrid.

Alves was one of the regulars in the Barcelona side that enjoyed that sustained period of success, with the veteran widely considered one of the club’s finest full-backs of all time.

But according to the UK Mirror, Alves had no hesitation in naming Ronaldo as his toughest opponent.

“Cristiano Ronaldo. This b****** doesn’t let you breathe for a second.

“I didn’t do too badly, but it’s difficult. He’s a scoring machine,” Alves said.