I have forgiven those behind my ordeal, incarceration – Jolly Nyame 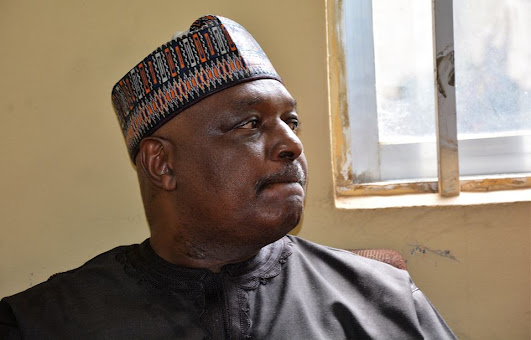 Former Governor of Taraba State, Rev. Jolly Nyame has said he holds no grudges against those who are behind his being held behind the prison wall for over four years.

Nyame, who stated this on Saturday on arriving in Jalingo, the state capital, claims his incarceration had a divine purpose, hence no need for him to keep grudges against those who facilitated his going into the correctional centre.

It would be recalled that Nyame was sentenced to prison following his alleged misappropriation of over N1 billion during the period he presided over the affairs of the state as governor.

Luck was, however, smiled on him when President Mohammadu Buhari through the Council of State granted him and the former governor of Plateau State, Joshua Dariye presidential pardon.

The former governor who has been in his Abuja residence since his release from prison recently returned to the state.

Saga Gist reports that he was received by multitudes of people from Taraba as well as those from the neighbouring state, who escorted him to the Jolly Nyame stadium where he addressed the crowd.

He said, “I am back home” he promised to redefine the politics of Taraba, which many politicians who spoke claimed to have been bastardized by the incumbent administration under the leadership of Governor Darius Dickson Ishaku.

Urging the people to remain calm and law-abiding, Nyame said plans for him to engage all Tarabans spread across the sixteen local government councils of the state in a round table dialogue are already in the pipeline.

Also speaking, the National President of the Mumuye Cultural Development Association, Abraham Makoso and the gubernatorial candidate of the Social Democratic Party (SDP) for the state, Danbaba Baido expressed sadness that ethnic groups spread across the state have been marginalized by the Ishaku’s administration.

The All Progressive Congress (APC) governorship candidate for the state, Emmanuel Bwacha, in his remarks said the state has not had it bad “like this before”.

Citing how the people have been sharply divided along ethnic, political and religious lines, he passionately beckoned on the former governor to as a matter of urgency wade in to save the state from total collapse.