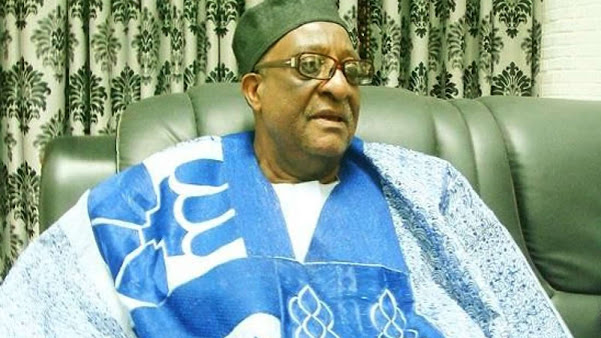 Amid the crisis rocking the Peoples Democratic Party, the immediate past chairman of the Board of Trustees (BoT) of the party, Senator Walid Jibrin, on Friday, disclosed that he will remain in the party and will continue to do so until Atiku becomes the president of Nigeria in 2023.

Saga Gist recalls that Senator Walid Jibrin, the chairman of the Board of Trustees (BoT) of the Peoples Democratic Party (PDP), had on August 7, 2020, resigned from his position.

Although political pundits believed Mr Jibrin’s resignation came amid calls that the party’s leadership structure be reshuffled to balance the existing lopsidedness in favour of the north, he argued that his decision to resign was to ensure victory for the party’s presidential candidate, Atiku Abubakar, and the PDP in general.

In a statement he issued on Friday, Senator Walid Jibrin said despite his resignation as BoT chairman, he remains an active BoT member for life.

Senator Walid, while thanking the party for appointing him the state chairman of the presidential campaign council, called on PDP and Nigerians to vote for Atiku in 2023.

He said ”for appointing me the chairman of the Nasarawa State presidential campaign council, I want to sincerely thank the state PDP chairman and his entire exco, the elders, the caucus, and the entire PDP members in the state for giving me this very important assignment, adding that the appointment will no doubt protect and strengthen the party considering my being in the party since 1998 when it was established.

“ I want to assure you all that despite my resignation as BoT chairman, I still remain an active Board of Trustees member for life (BoT),” he said