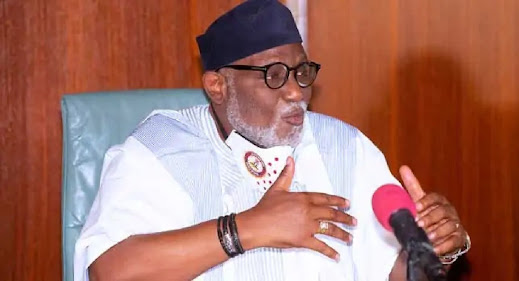 Oluwarotimi Akeredolu, the Governor of Ondo State, has criticized the presidency for allegedly refusing to provide the go-ahead for the use of sophisticated weapons by states’ security agencies in the face of growing security threats.

Akeredolu noted that the assertion made by the Senior Special Assistant to the President on Media and Publicity, Garba Shehu, about the use of automatic weapons by state security outfits betrayed the current realities in the entire country in a statement signed by his Chief Press Secretary, Richard Olatunde.

The governor further questioned why Shehu had chosen to act as the official spokesperson for the Kastina State Government after disputing Shehu’s assertion that the Katsina State security unit had used AK-47 during training.

Akeredolu who queried the Presidency Spokesperson on the source of the guns displayed by the Katsina state security outfit queried that “Where did the guns come from? Who approved their use? Were the guns returned to the armoury after use.

“The AK47, as seen from the TVC news report, was about usage. If not, what purpose does training with guns serve?

Akeredolu reiterated that “State Security outfits backed by law whether in the Western Nigeria, Katsina, Borno, Benue or any Northern State must have access to the same sophisticated weapons that the criminals have. It is time to face down these enemies of the people.”