North made political mistake in 2015 – Coalition 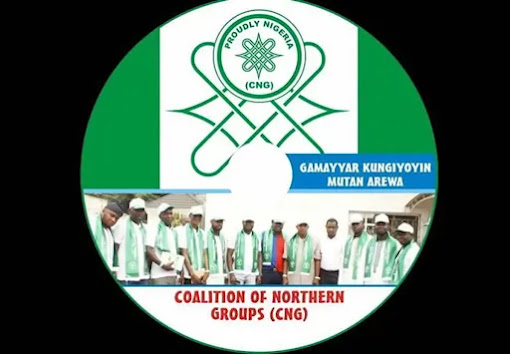 The Coalition of Northern Groups (CNG), has lamented that northern Nigeria has been neglected and isolated politically, economically and socially since the advent of the President Muhammadu Buhari-led administration in 2015.

Abdul-Azeez Suleiman, the spokesperson of the group, while speaking in Kaduna on Thursday at a sensitization and awareness conference organised by the Kaduna State chapter of the Coalition, noted that the region had been abandoned to a critical security situation with its women widowed, children orphaned, youths maimed and killed and people displaced in thousands.

He regretted that the once potent and progressive North is currently begging not only for food, but for a place in the nation’s future social and political arrangement.

He added that the bulk of the northerners were left jobless, homeless, helpless and hopeless, saying that the politicians and leaders they elected had prospered with nothing to celebrate for the struggling families all across the region.

Abdul-Azeez Suleiman said, “Indeed, the North made a mistake in 2015, such that the deliberate commission or omission of the people we trusted with power has inadvertently isolated the region politically, economically and socially as a result of which, the once portent and progressive region is today begging not only for food, but for a place in the nation’s future political arrangement.”

In 2023, the spokesman stated that it would be a special year, saying that it truly matters to citizens as it will not be which party or which candidate controls the government in future, but whether the government is controlled by the people.

He added that if the price of voting along religious, ethnic and sectional sentiments is to become the most wretched, distressed, derided and deprived, the North should sincerely begin to ask itself if that price is worth paying.

Comrade Jamilu Aliyu Charanchi, the National Coordinator of the group, lamented that successive leaderships in the region found it expedient to use them for either political gains or to serve their selfish interest of polarizing the region along ethno religious and socio-cultural divides instead of addressing the challenges as they emerge.

He advised the electorate to map out their needs and refuse to be deceived by just any politician coming with the usual campaign promises that would never be fulfilled, saying that the northern voter must look out for credible candidates with proven pedigree, honesty, sense of nationalism and sound understanding of the current challenges facing the region.