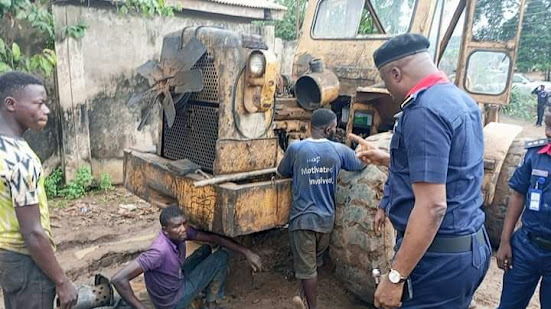 The Commandant, Eweka Okoro, led the agency’s personnel to the location in the Ijede axis of Ikorodu.

It was discovered that the miners were involved in illegally mining soil from large hectares of land, where telecommunication masts and power lines are planted.

The operatives also found equipment, including three caterpillars, suspected to be used by the miners for their activities.

Okoro warned those engaging in illegality that could jeopardize public health and critical public assets to desist.

“The Command will not rest on its oars to ensure that illegal mining sites are shut and protect pipelines, telecommunications infrastructure and other national assets,” he said.