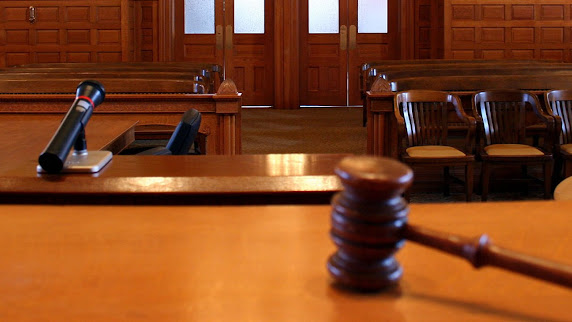 Two persons, Ademola Idowu Oloworiyibi, the Olofun of Irele, and Adeyemi Akinde, the Olu of Igodan Lisa, have been arraigned before an Akure Magistrate Court for illegally parading themselves as traditional rulers.

The court had last week instructed the State Commissioner of Police, Oyediran Oyeyemi, to arrest both individuals and present them at the next court session.

They were docked following a lawsuit brought before the court by Sir Charles Titiloye, the state’s Attorney General and Commissioner for Justice.

The two traditional chiefs were accused in the lawsuit of violating Section 516 of the Ondo State Criminal Code by taking the chieftaincy titles of Olofun of Irele and Olu of Igodan Lisa without authorization.

Without the consent of the Ondo State Executive Council and in violation of sections 15(1) and (2) of the Chiefs Law of the state, they allegedly allowed themselves to be installed and paraded in royal regalia.

Two counts of conspiracy and the unauthorized installation of a monarch were brought against the defendants, who pleaded not guilty to the allegations.

The Commissioner for Justice pleaded for more time to look into the case and let the police put things in order.

Olarewaju Jaiyeoba and Kayode Adebusi, the defendants’ attorneys, pleaded with the court to give the defendants bail based on their status.

However, the Attorney General kicked against Akinde’s request for bail due to his alleged unwillingness to appear in court until men of the Amotekun Corps apprehended him.

The Olu of Igodan was released to the Amotekun Corps by the presiding Magistrate, F. A. Aduroja, who also ordered his appearance on the next adjournment date of October 19, 2022.

Oloworiyibi was granted bail by Aduroja in the amount of N2 million with two sureties in the same amount.

The six chiefs were also given bail in the amount of N1 million and a surety in the same amount, and the case was adjourned to October 26, 2022.