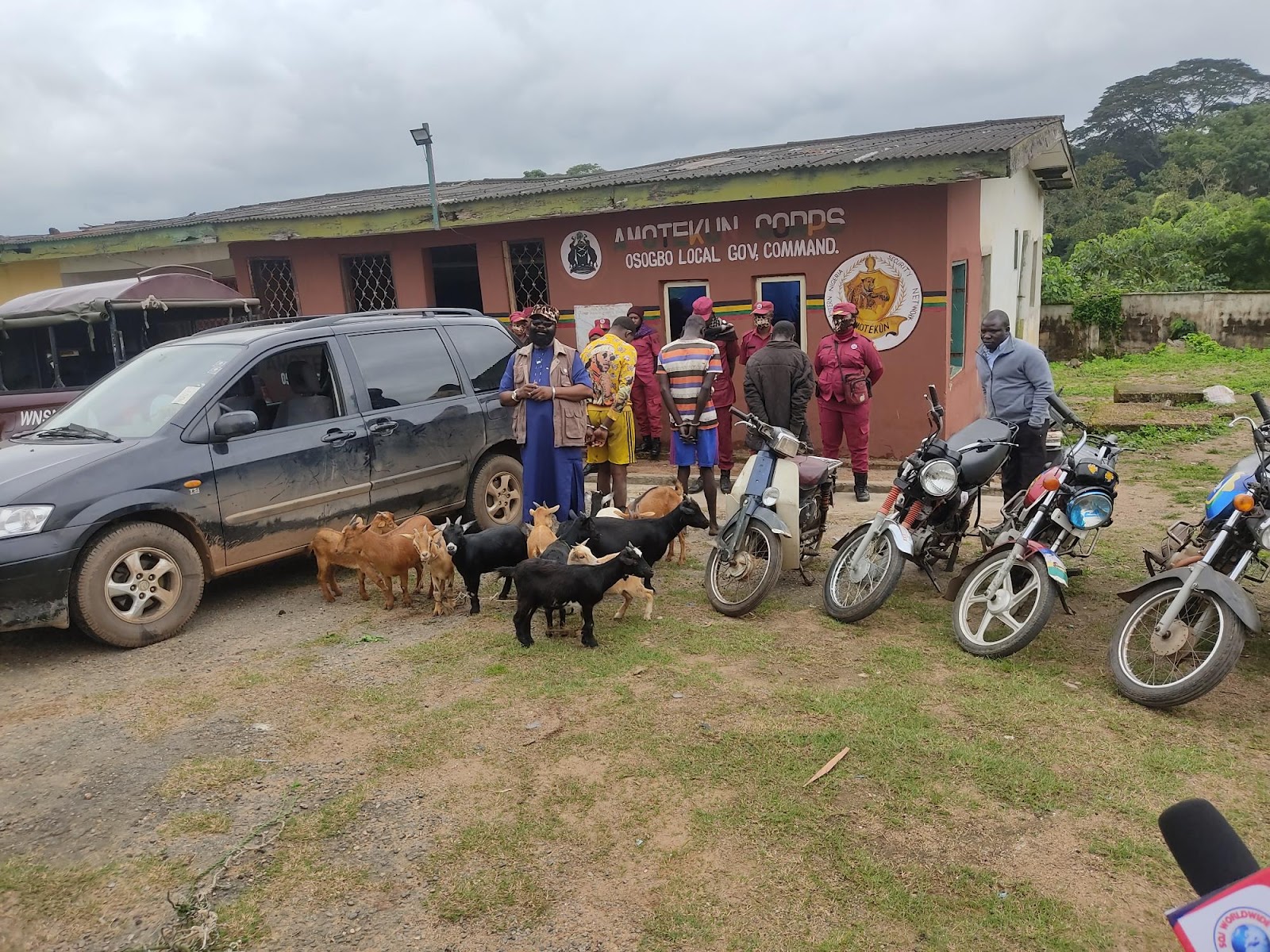 Among the suspects paraded on Tuesday, at the Amotekun Osogbo Command is Segun Oladipupo, a 40-year-old mechanic, Wale Samuel and Sulaiman Garbuga.

Parading the suspects in Osogbo, the Osun Amotekun Field Commander, Amitolu Shittu disclosed that the suspects were arrested in Osogbo after some operatives of the Oyo State Amotekun sent a signal to the Osun Command that some criminals were dealing in stolen goats.

Amitolu revealed that upon getting the signal, the security outfit swung into action and raided some suspected places where Segun Oladipulo was picked alongside Wale Samuel.

In their possession during the raid was a space bus that the suspects were using to carry out their criminal operation.

Shittu explained that the suspects were using the bus which was given to them by their sponsor who is now at large to carry out the evil act.

In his words, “The suspects disguised as people transporting beans and onions and use it as cover to ferry the goats which according to the suspects were picked at different locations in Osogbo and Ibadan.

“We were notified by some operatives in Ibadan, Oyo State that some criminals were engaging in stealing goats.

“We decides to raid some places and discovered some suspects with a bus carrying goats. They put beans and onion to cover them. During interrogation, they confessed to having stolen them.”

While urging the residents of Osun to be security conscious, the Amotekun boss revealed that unthinkable things are happening in society and people have to be vigilant with their lives and security.

He also assured that the suspects will be handed over to the police and charged to court after the conclusion of full investigations.