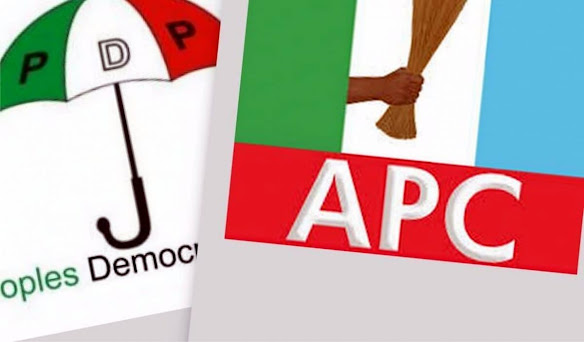 The Osun State chapter of the Peoples Democratic Party (PDP) has accused the ruling All Progressives Congress (APC) of perfecting plans to attack the Independent National Electoral Commission (INEC) office in Osogbo.

The party in a statement signed on Saturday by Akindele Adekunle, the Osun Caretaker Chairman, said the aim of the alleged attack was to destroy the Bimodal Voter Accreditation System (BVAS) machines used during the July 16 gubernatorial election in the State.

The party also alleged that it had credible reports at its disposal that the planned arson was targeted at the strong room where the machines were kept at the Osogbo office of the Commission.

As a consequence, it urged the INEC management to strengthen its security architecture as such threat should not be taken lightly.

According to the statement, “We have a tip-off which we consider to be very credible that the APC has perfected plot to burn down the INEC secretariat at Osogbo. We gathered specifically that the target is the strong room where the machines are kept, as well as the ICT section of the commission.

“We are urging the management of INEC to strengthen security protection for the State INEC office. These threats should not be taken lightly, especially after the open declaration of insurgency on the State”, the statement warned.”

The Osun PDP Chairman also revealed that the party was aware that plans were on by the ruling APC to relocate the Osun Election Petition Tribunal from the State to Abuja.

He also added that the reason behind the planned move was that the ruling APC was scared of the expected ease of verification and consequent invalidation of its claim of over-voting if the Tribunal sittings continued in Osogbo.

Osun PDP which maintained that the presence of the BVAS machines in Osun State would make verification to be easily handled without logistic constraints, added that moving it out of Osun would hamper he transparency of reviewing the data on the BVAS machines.

“We have credible reports that the APC is working to frustrate further sittings in Osun State to hamper the transparency of reviewing the data on the BVAS machines. As the machines are here in Osun State, verification will be easily handled without logistics constraints and without exposure of the machines to tampering and physical dismemberment.

“To effect its manipulation plan, APC has concluded that further sittings in Osun be halted especially if the claim of over-voting is to be sustained. As the false claim cannot be sustained without tampering with the BVAS machine, the APC is perfecting plan that will expose the machines to doctoring during movement and relocation.”

In its reaction, the state chapter of the All Progressives Congress (APC) stated that the PDP allegation that it was working towards the relocation of the governorship election tribunal to Abuja was a mere figment of the imagination of the rumour peddler.

It also accused the Osun PDP Caretaker chairman, Akindele Adekunle of spreading such fallacies for reasons which could not be far from having an ulterior motive.

In a statement signed by Kola Olabisi, the Media Adviser to Gboyega Famodun on Sunday, the Osun APC State chairman, it noted that the PDP allegation was spurious and laughable.

The statement also called on members of the public to be wary of fallacious stories from the State chairman of the PDP as he does not have a stake in the State.

“The handpicked and controversial caretaker chairman of the Osun State PDP, Dr Akindele Adekunle, should stop exposing his ignorance on the workings in the INEC.

“It is a pity that the level of educational attainment of the embattled Osun State PDP caretaker State chairman does not educate him to know that INEC operates a central server in its national headquarters where the details of the governorship election are being safely kept.

“The PDP chairman should be educated further that there is no amount of atrocities perpetrated against any part of any State INEC office that is capable of distorting the details of the governorship election,” he stated.

The State chapters of the PDP and the APC have been running a long drawn battle over the outcome of the July 16, 2022, Osun gubernatorial election result.