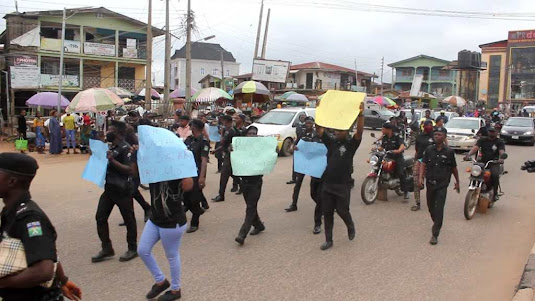 Personnel of the Nigeria Police Special Constabulary on Wednesday stormed the streets of Osogbo, the Osun State capital, to protest the non-payment of their stipends.

According to the protesting constabulary officers, the management of the Nigeria Police Force has owed them stipends for 18 months.

The police constabularies were gathered at the popular Oke-Fia roundabout and moved through Alekuwodo to Olaiya junction to register their displeasure over the unpaid allowances.

The protesters, dressed in police uniforms and armed with placards bearing different inscriptions, also revealed that four of them had been killed by armed robbers during attacks on banks in Ikire and Iragbiji in one year.

The Osun Commissioner of Police, Olawale Olokode, who tried in vain to calm the protesters, promised to address journalists later in the day.