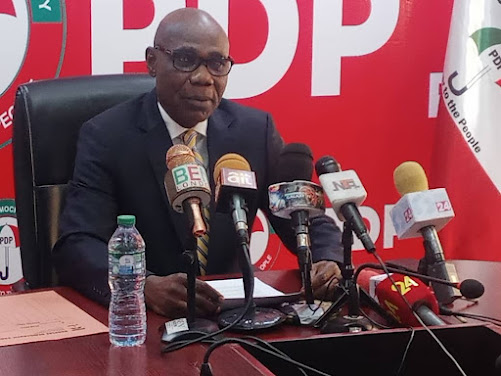 The Peoples Democratic Party (PDP) has again chastised the Buhari administration over the lingering strike by the Academic Staff Union of Universities (ASUU).

The main opposition party condemned the situation at its National Executive Committee (NEC) meeting on Thursday.

A statement by Debo Ologunagba, the National Publicity Secretary, lamented the failure of the APC government to end the industrial action.

Lecturers commenced a boycott of universities across the country on February 14. Despite government offers, they insist on payment of salaries for the past six months.

NEC accused the ruling All Progressives Congress (APC) of relishing the agony, pain and suffering of parents and students in public universities.

The PDP condemned the “display of arrogance” by the Minister of Education, Adamu Adamu, in handling the issue and called for a more constructive engagement by stakeholders.

The party expressed concern about the insecurity “occasioned by the obvious complicity of the APC administration which continues to condone and enable acts of terrorism”.

“This unpatriotic act is a brazen plot by the APC to manipulate and rig the 2023 general elections against the will of Nigerians”, the PDP warned.

The opposition further demanded that the President should withdraw the APC members nominated as RECs.

The statement said failure to do so could trigger a serious political crisis that might threaten the 2023 general elections and derail the process.

The NEC also decried the state of the nation’s economy, “occasioned by the corruption, insensitivity, incompetence and harsh economic policies”.

The opposition advised the people to vote out the APC next year and elect the PDP “to start the onerous task of rescuing and rebuilding our nation”.