Peseiro satisfied with Super Eagles performance despite defeat to Algeria 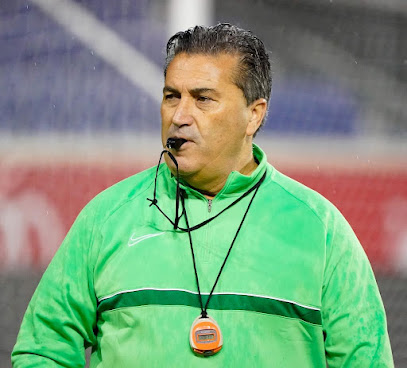 Super Eagles head coach, Jose Peseiro praised his players for their performance despite the team’s 2-1 loss to Algeria on Tuesday night.

The West Africans took the lead through Terem Moffi in the ninth minute, but the Desert Foxes fought back with goals from Riyad Mahrez and Youcef Atal.

Despite the Super Eagles going down to their third defeats in five matches under him, Peseiro remain unperturbed with the outcome of the game

“It was a good game, the camping showed the quality of our players and their collective effort. It was a hard match, Algeria is a good team. Our players try to do what I ask them to do in training,” Peseiro told NFF TV.

“It is possible you lose in football, I’m sad we lost. I don’t like to lose matches, but I am very happy with the performance of my players. They did well in the game.”

Peseiro, however, believes his team will need to improve in the offensive phase of their game in subsequent outings.

“We didn’t do well in attack at times, I think we can do better. We can improve our game generally,” added the former Saudi Arabia and Venezuela coach.

“We do well defensively but we can do more offensively and control the ball more,” he said.